Enterprise organizations with large libraries of proprietary content and diverse audiences to manage and maintain. 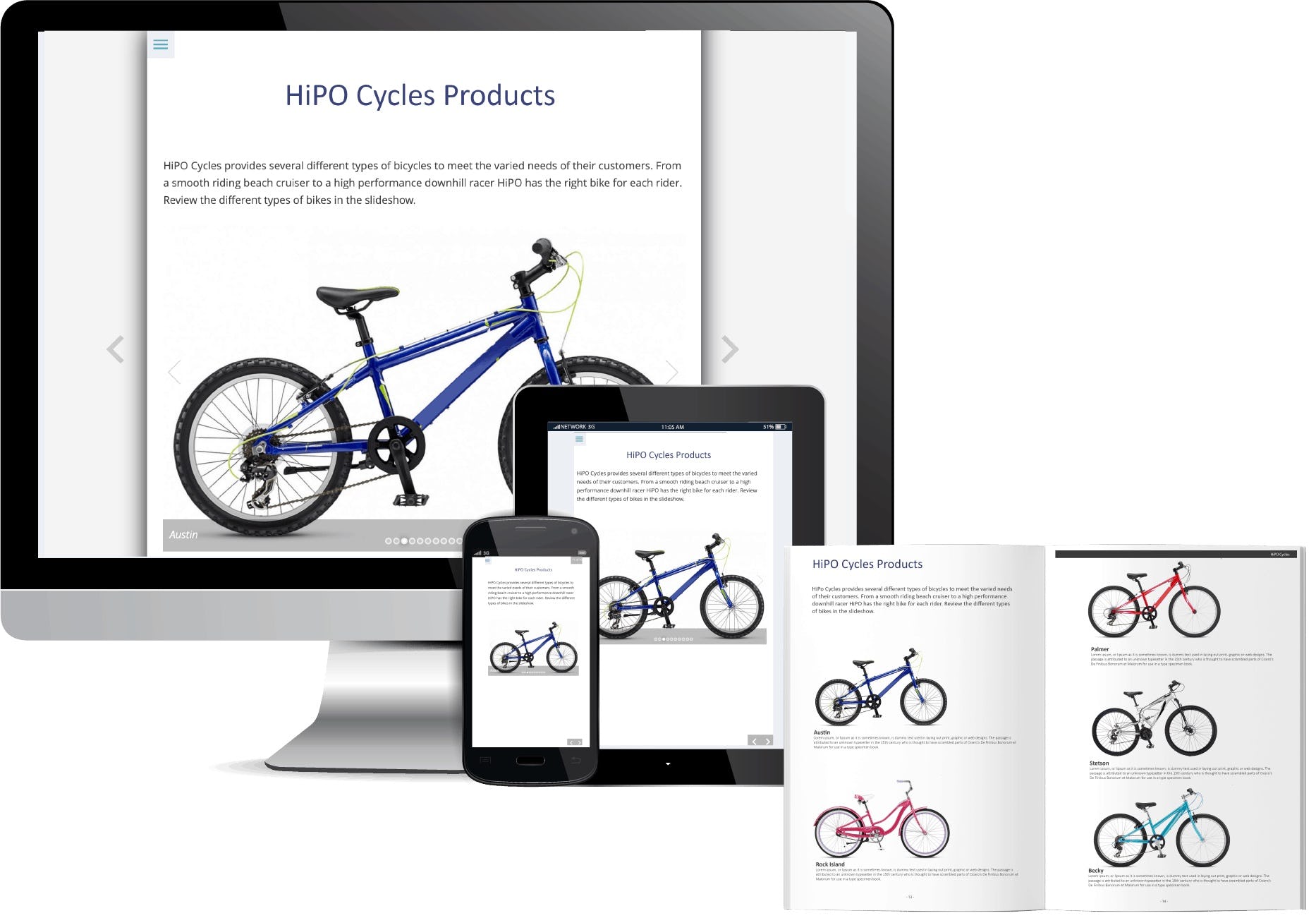 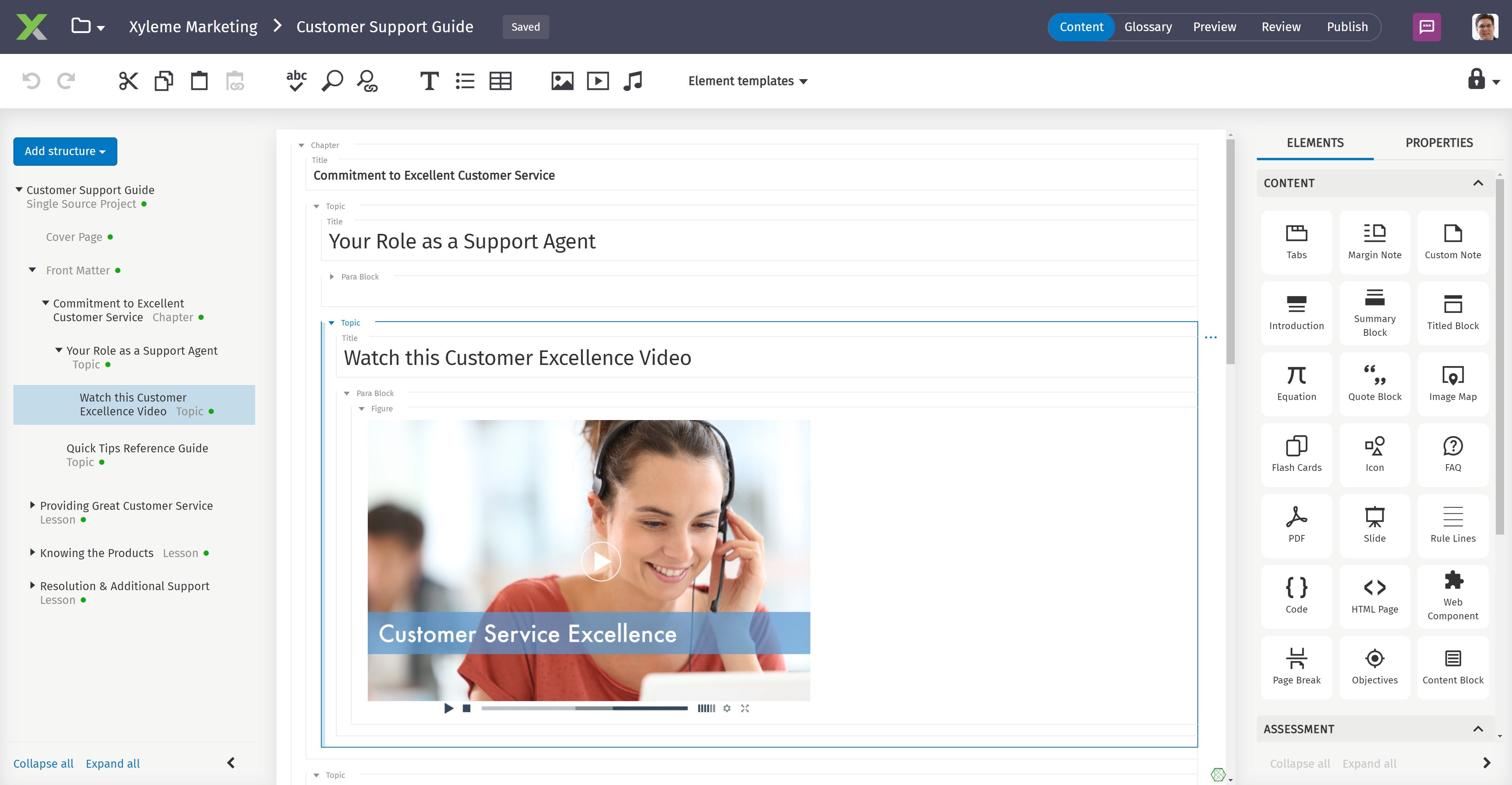 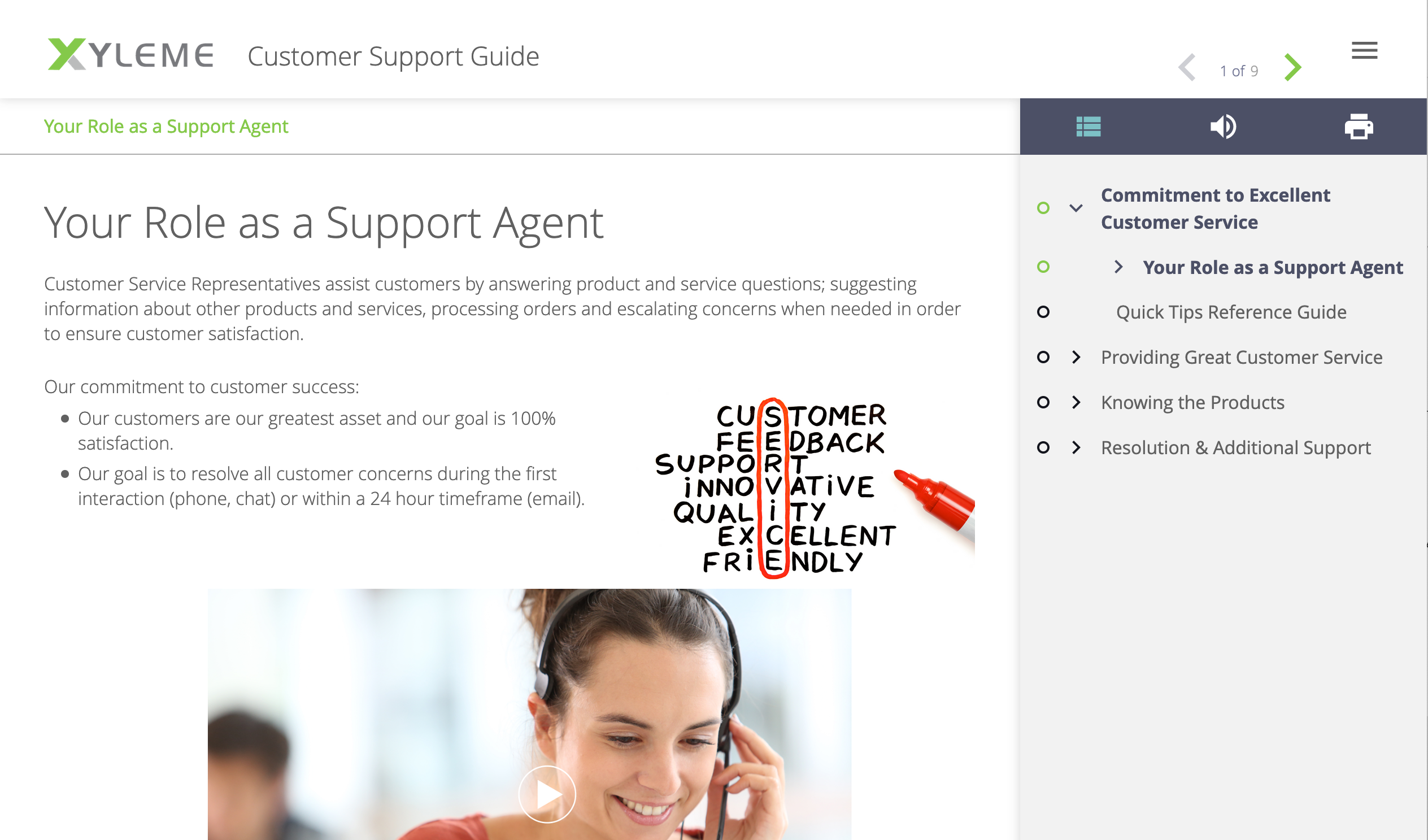 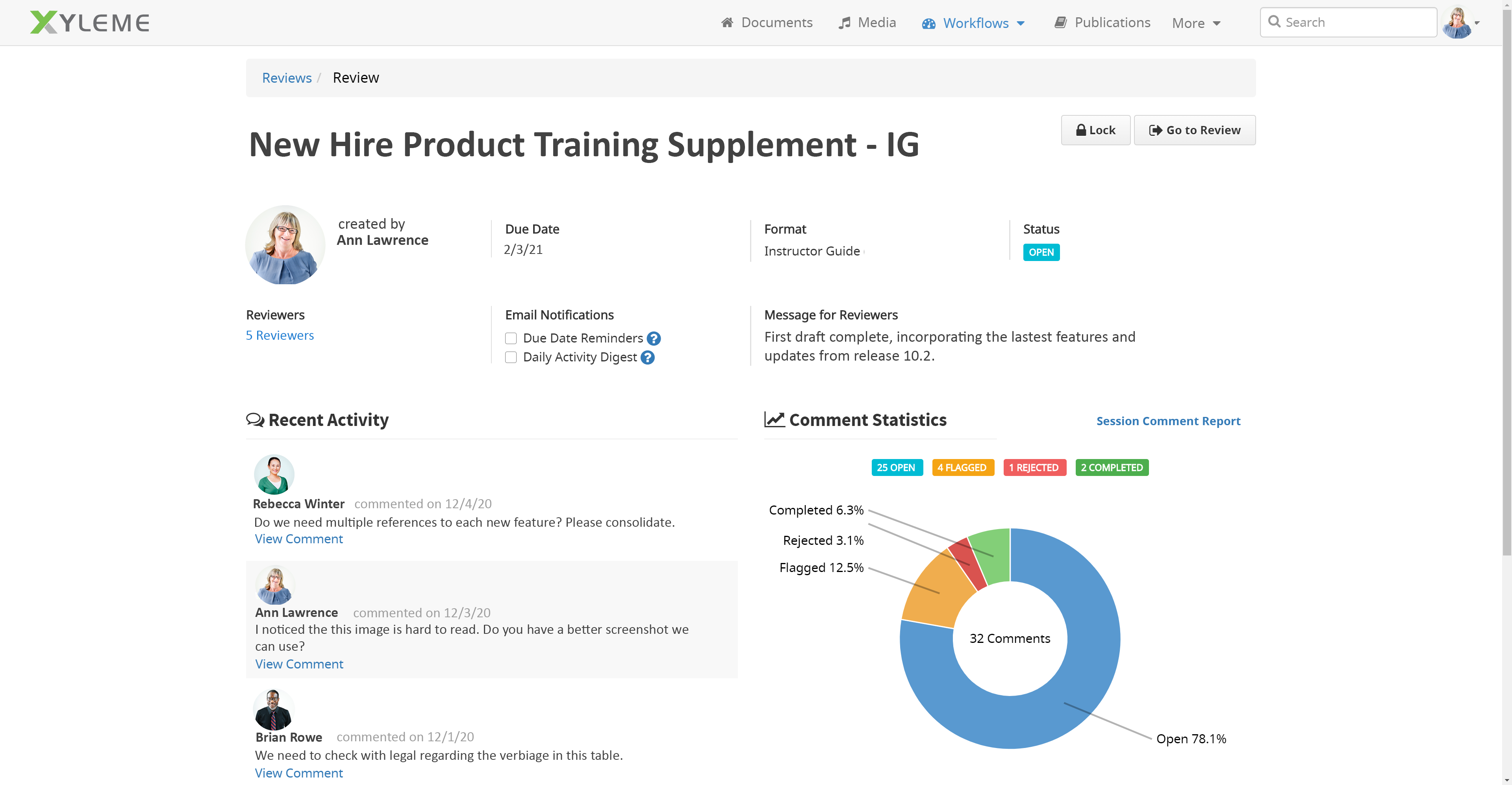 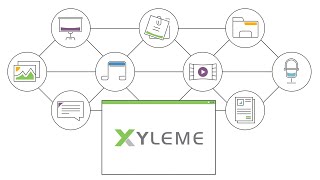 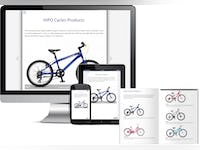 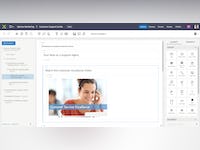 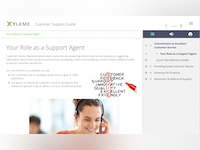 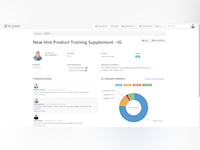 Opmerkingen: Xyleme enables me to be truly transformational with regards to learning in my organization. Currently, it is the number one tool in my arsenal in my quest to make learning less about something we "do" to people, and more about something that is seamlessly and effortlessly embedded in the flow of their work. We're currently building assets now that will be incorporated in not only existing physical and technology learning architecture but in the learning space of tomorrow....today. We are also able to collect detailed learning analytics that form a part of our data lake and are then correlated with data analytics across our organization. Our partnership with the amazing team at Xyleme is what helps us to be a true business partner in our organization, and has certainly earned Learning a much-deserved seat at the table with regards to organizational strategy.

Pluspunten: Xyleme's single-sourcing capability is an absolute gamechanger for any organization. It takes any and all content that exists within your organization and instantly transforms it into exponential amounts of potential. For any organization that is serious about eliminating a one-size-fits-all and/or fixed deliverable approach to learning and is committed to reaching people with a multitude of experiences, languages, and brands, Xyleme is the absolute best thing out there.

Minpunten: Xyleme requires a substantial mind-shift - it is not difficult to use, but is most effective when emerging skillsets in instructional design are applied (e.g. design thinking, object-oriented design, data analysis). It can be quite a transition for individuals that do not yet fully possess these skillsets, so does require upskilling and ongoing development for learning professionals (but, hey, we're learning people, so we should love to learn, right?)

Opmerkingen: My overall experience with Xyleme is one of frustration and disappointment. I feel bad to say it because my company has invested in this tool but I dread having to use Xyleme and I try to avoid using it if I can. It just feels like a Beta product to me. There are still a lot of issues to iron out and it needs some significant investment in terms of improving the performance and the UX design for it to be a viable/useful product.

Pluspunten: My experience with Xyleme's support team/employees has been very positive. They are very professional, friendly and helpful. The single sourcing concept is good and in theory it could save us a lot of time but the editor is so slow/ unreliable it takes us twice the time to produce content. Our content team actually use a different tool to write our drafts because Xyleme's UX/performance is so poor and we migrate our content in manually (thus doubling our workload).

Minpunten: The UX design. It's very clunky and not very intuitive to use. There aren't enough of the shortcuts that you find with most modern authoring/CMS software. It just feels very dated... even the UI design isn't great. The image quality of some of the icons on the toolbar in the web editor is so poor and fuzzy you really make out what some of the icon images are. The performance. Both web and desktop editors are incredibly slow to load in comparison to most modern pieces of software. Even when it has loaded, I feel like I spend a lot of time watching loading spinners whether it is loading a project, checking it out or opening a topic. Everything just takes time which completely defeats the purpose of a single-source tool that is supposed to save you time.

We take user feedback very seriously. We have invested significant resources over the past few years to dramatically improve performance and reduce load times, and just launched a completely redesigned user interface in Q1 2021. We are committed to continuing to invest in and improve our product over the long term, and welcome feedback and suggestions from our customers.

"Far too many bugs and problems to be useful"

Opmerkingen: My overall experience with Xyleme is frustration. How can software with this many problems and bugs even be published? I think a coworker of mine said it best: "I'm not sure why we are paying for the privilege of being Xyleme's QA department."

Pluspunten: The concept behind Xyleme is good. The idea of creating re-usable learning objects can, in theory, save you a lot of time in developing content.

Minpunten: Xyleme is riddled with bugs to the point that you waste much more time than you might save with any content re-use. The interface is also not at all user-friendly. Even simple tasks, like editing a bulleted list causes confusion. Creating a bullets is not complicated, but with Xyleme it actually is. You can often spend hours trying to get an image overlay to look right, only for it come out misaligned once you publish. There are many features that are broken and some that can even corrupt your content. (For example, do NOT resize an image with the buttons and be VERY careful with the undo button) The features are also very limited. For example, the overlay editor allows you to annotate images, but only gives options of very basic shapes: rectangles, circles, and text. I'm pretty sure my old Macintosh from the 90's could do more than that. The quality of the interface seems like Xyleme is only aiming for mediocrity. Many features seem half baked, as if the developers made a bare-minimum effort to meet a user requirement without trying to make it function smoothly or usefully. For example, the spellcheck feature doesn't let you suggest a word, so if the word you want is not in Xyleme's dictionary, there's nothing you can do. Another example: you can align objects in the overlay editor to the left, or top, but not to the right or center. Both of these seem like the developers only did the bare minimum so that they could say that the feature exists.

"Maybe powerful, but VERY painful to use"

Opmerkingen: Our organization implemented Xyleme as a replacement to an existing system based on Flash. It came with lots of promises about reusability and flexibility, but the process of migrating content or developing new content within the system was hands down the most painful experience I've ever had with a piece of software. Hands. Down. In my opinion, this is the result of programmers building an application without the guidance of a good UI/UX team. It seems like UI/UX wasn't even considered in this application. AT ALL. It's not intuitive in any way for a developer. For a learning tool touted as being useful for Instructional Designers, this seems unacceptable to me. The speed is a serious another issue. Doing even the simplest tasks (i.e. adding or formatting text for something beyond a simple paragraph) takes way too long when you do this kind of work all day, every day. If you've had any experience in any other current LCMS, you'll be shocked how cumbersome and difficult the UI/UX is.

Pluspunten: The modular approach to learning objects is, in theory, a great idea. I liked that idea, but the implementation is just clumsy and painful.

Minpunten: This system is buggy, poorly designed, and VERY slow.

We take user feedback very seriously, and we spent the majority of 2019 and 2020 developing a brand new user interface, which is now live as of March 2021. We redesigned our UI from the ground up to provide a cleaner, more modern, and more intuitive user experience. Visit our website to learn more at xyleme.com.

Opmerkingen: A very large client of ours decided to author all of the elearning content through this tool. For several years I was responsible for authoring dozens of courses.

Pluspunten: Very little. I suppose the exporting of courses was a bit streamlined.

Minpunten: Being forced to use this horrible piece of software for several years was a horrible experience. Course entry was a miserable slog. The interface was atrocious and a confusing mess that would literally give me headaches to look at for hours on end. The performance was horrendous and the application would constantly crash. I was forced to open up my machine to JAVA security vulnerabilities just so this garbage piece of software could run properly. I cannot say strongly enough that this is the single worst piece of software I have ever used.