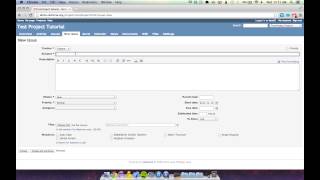 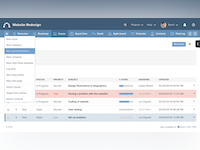 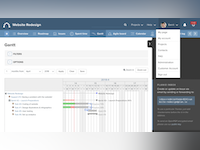 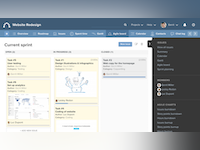 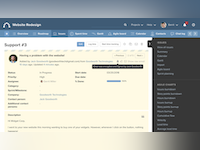 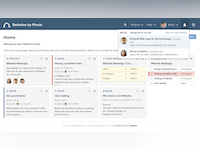 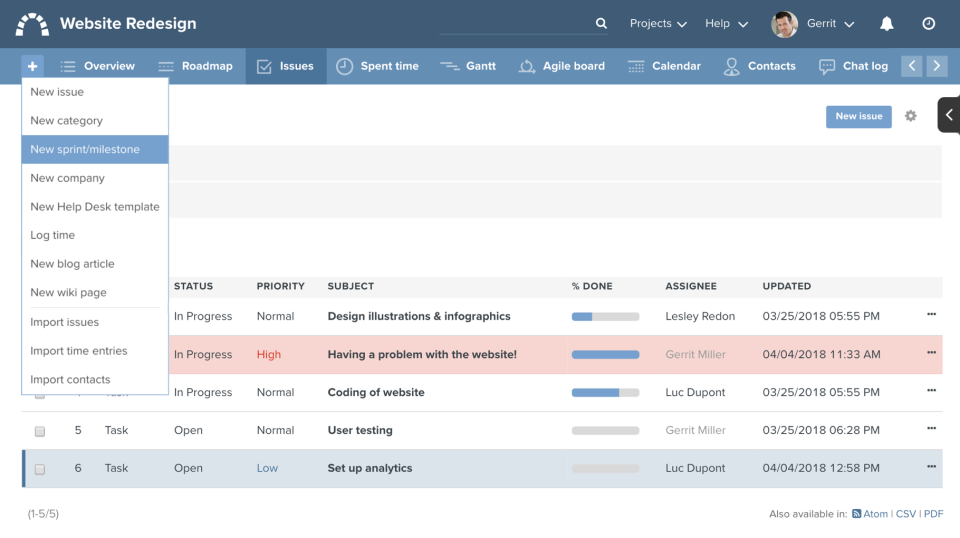 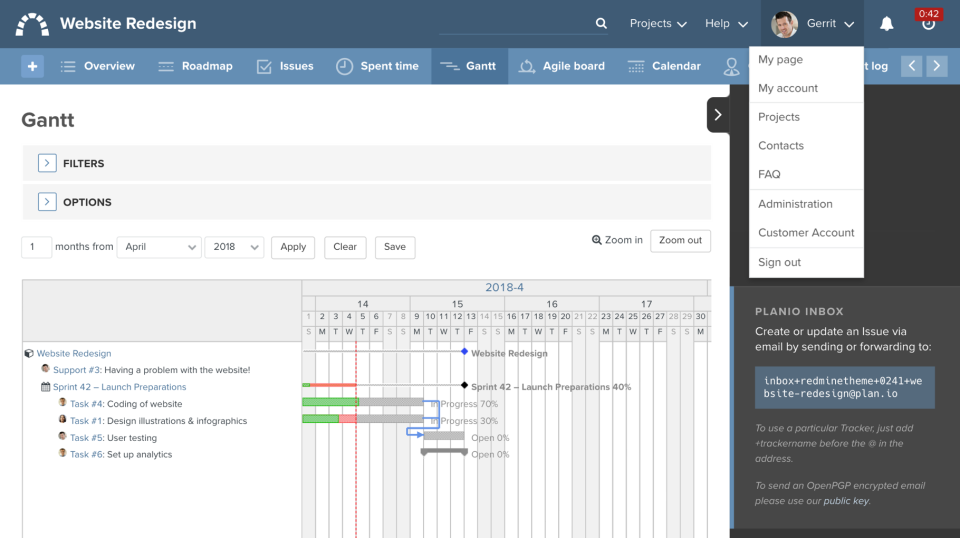 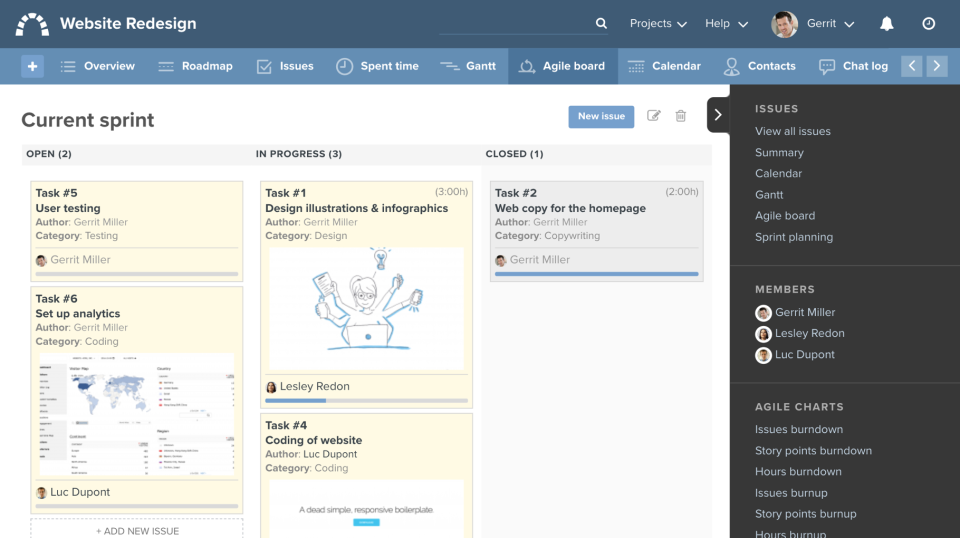 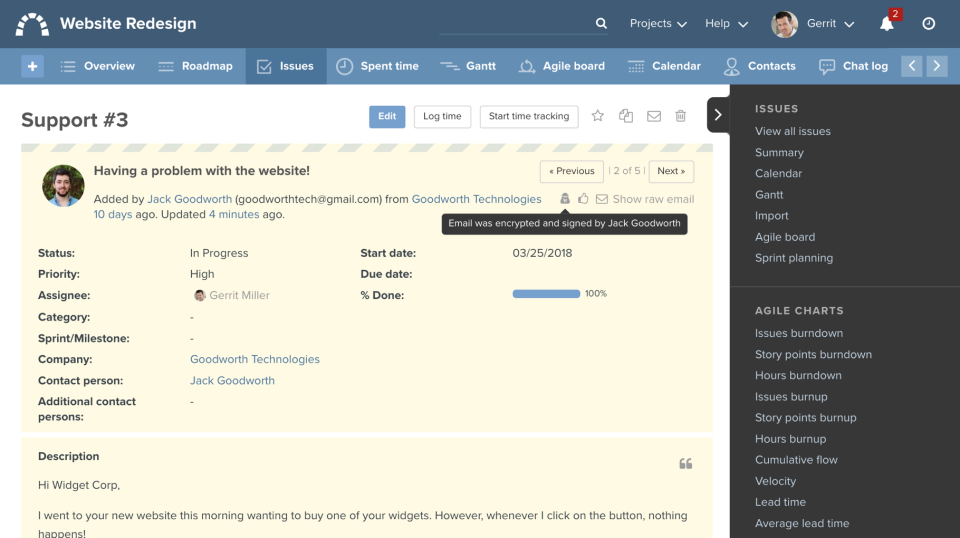 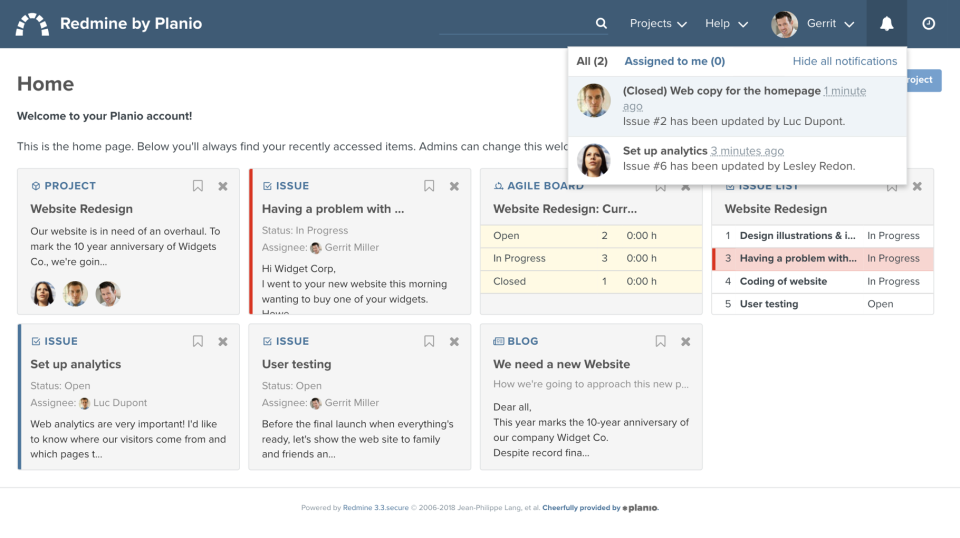 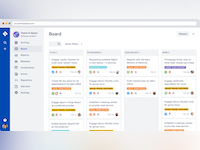 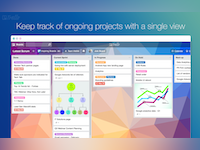 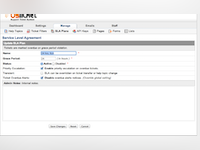 Even if you use another tool, you have Redmine to thank

Opmerkingen: Our marketing teams felt overwhelmed by the complexity if Jira. We just couldn't make it work. Redmine, however, with a set of agile plugins, allowed us to have a true kanban board and implement really robust scrum workflows using Redmine. It was a tremendous experience and really helps us tackle our weekly tasks.

Being an open source project, Redmine has driven out the excess costs from project management and issue tracking software. Almost every other enterprise software project has to keep in mind that their customers can always choose a free and highly customizable read mine installation as an alternative, so Redmine makes the entire ecosystem more robust. What I really like the most is the low overhead for the server so that you can run a very large installation for hundreds or thousands of users on a low cost EC2 instance with extremely good performance. Checkout AWS LightSail if you want AWS specifically. If you're on a tight budget and want something implemented quickly, Redmine is the way to go. There are even hosted solutions out there like Plan.io that take away all the technical requirements for you.

Out of the box, you will need to get a better skin and probably customize a lot of the UI to make it look more visually appealing. The overall design a Redmine feels a little dated now, so you will need to download other themes or probably purchase a paid one to make it feel more modern and usable.

Opmerkingen: Redmine is my de-facto BTS every company I go. I am very happy with its stability, versatility and easy to use for the end user.

Redmine is a powerful Bug tracker system with such a flexibility that you can use it as your CMS if you want. There is a ton of plugins to install. You can use Redmine as a CRM, ERP, Payroll, etc... as long as the community around it can imagine a use case, it will exist. There are some paid services which customize Redmine to run as a full ERP, but I have no experience with them.

The installation process can be a pain for novices: You have to prepare your VM installing Ruby, then Ruby Gems and others gems to make advances functions to work. The source control system interface is good, but hard to install and configure. You will have better luck if you download a Bitnami VM or an AWS Appliance Image. There is a Docker image as wall, but I have no experience with it.

Redmine - Mine full of possibilities

Opmerkingen: My experience with Redmine has been a mixed bag. It is free, so it was a good start to using a fully fledged project management tool and get used to the process. It had adequate tracking features and after a bit of time, our team got used to it. But its archaic UI, confusing UX and a headache during deployment and frequent downtimes can seriously impede your project management process. So, it was a strictly OK experience for me with some pain points that were too impactful to ignore, so we had to make a switch to a better, a paid option.

Redmine is a project tracking tool with good intentions. I like that it is free, open source and comes with comparable features to its paid counterparts. I love its Git integrations, flexible time tracking options and multiple databases support, even though it may take a bit of tinkering the first time around. But most of all, it is free and that is its biggest plus point. Anyone, with some configuration can get started with it.

Where do I start? Redmine is free, so we have to keep that in mind too as it allows you to dip your toes into the waters of project management tools. I really dislike the UI and UX. Granted, you have some themes but that doesn't help its case. The UI looks aged and the UX is somewhat terrible. Our team took a lot of time to grasp it and use it properly. And even then, we were making a lots of mistakes and couldn't find the data we wanted quickly. Redmine does have lots of features but most of them are half-baked. And also, according to the deployment team, the deployment was a headache. And we also got frequent downtime too. We were always getting 5xx errors and that seriously hampered our ability to track projects effectively.

Opmerkingen: I can use it but would prefer if it becomes more easy to access tasks from previous sprints and bit more manageable.

I like how we can set priority to our tasks. Also it’s pretty easy to manage QA process. Setting status and changing it during the process is very good. Assignment of tasks are easy. Github integration is fantastic.

By look, it feels really complicated. Some hands on time is needed to understand the product. Also, I struggle with searching the task that are from previous sprints.

Opmerkingen: We're customized Redmine to support several aspects of our IT business. Its made it easy to departmentalize things such as Change Requests, Active Directory Request and General Ticket. We've even integrated it into a Self Serve IT tool we recently launched. Its branched several moved pieces together.

Redmine supports countless user created plugins. This provides a lot of potential for how Redmine can be used. In our case, we customized Redmine to function as an inexpensive IT Change Management / Ticketing Tool.

Slight learning curve at first. But Redmine has a lot of forums available, so any challenge you face or feature you may struggle with surely has a forum post about it. I always found the solution to my problem before long.