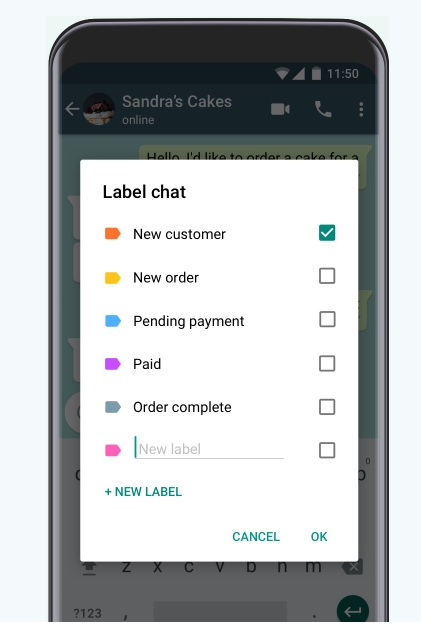 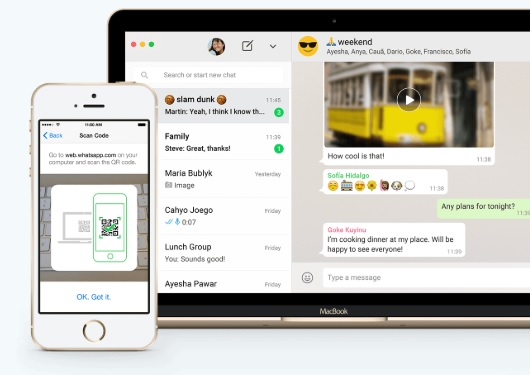 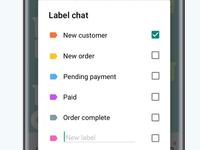 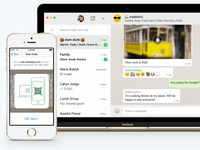 Opmerkingen: Generally, WhatsApp had been an amazing software. It allows me to keep in touch with my customers. I also use it to hold virtual trainings and meetings. I love it that WhatsApp is free to use, and there are no ads on it, at least for now.

Pluspunten: WhatsApp has become an everyday software for me, and I use it a lot for my business and the businesses I manage. Some of the things I love about WhatsApp are as explained below: 1. Ease of Use: WhatsApp is a very easy to use software. It is beginner friendly, and it wasn't hard for me to understand how to use it. I use it a whole lot for my business as regard communication and keeping in touch with my customers. Its ease of use has made it my choice instant messaging app. 2. Ability to send multimedia messages: I use WhatsApp to organise and hold virtual meetings and trainings. I love it that WhatsApp allows me the option to send both video and image contents as that helps me to deliver my trainings effectively. 3. WhatsApp Story feature: WhatsApp has been very beneficial to my business since the addition of the WhatsApp Story feature. I do use WhatsApp Story to share contents and pass out information about my business. This help me to keep in touch with my customers. 4. WhatsApp groups: I love it that I'm able to organise all my customers in a WhatsApp group which helps me to build a community around my business. I use WhatsApp groups to follow up my customers, and to send valuable information to them, while allowing them the option to comment on the information I shares. 5. WhatsApp broadcast message: Sending the same messages individually to all my customers can be boring. Instead I add all of them to a WhatsApp broadcast list and then sends the message only once.

Minpunten: Among the issues I have with WhatsApp include: 1. Not being able to forward a message to more than five recipients simultaneously. This is a turnoff. 2. Not being able to pin more than three chats. This is limiting, and causes me to have to search or scroll through a lot of contacts to be able to identify a contact I would have preferred to be handy. 3. The inability to download multimedia files that were shared more than 30 days ago. This is a major turnoff as I deal a lot with multimedia files.

"Amazing messenger but repeats me to backup my messages"

Opmerkingen: Overall I am very pleased with WhatsApp just maybe work on a few things I mentioned in the con's tab above.

Pluspunten: I love it because I can stay in touch with my family abroad internationally for free. Before this messenger, I would have to make expensive phone calls or pay my cell phone provider a lot of money to message internationally and now I can do it easily as long as they have the same product, which they have. I had Viber before and Viber had certain charges that WhatsApp did not have by making phone calls and or messaging. Also, WhatsApp to me is much easier to use than any other messaging app out there, thank you!

Minpunten: The least I like about this software is that it keeps asking me to update my messages and keep saving it so that it stays in the messenger. It should only be a one-time thing unless you decide to change it. Every so often it keeps doing it and I almost anticipate it now when I log in. Maybe change that in the app so that it would always be easy to access.

"Communication of task for organization group of employees"

Opmerkingen: Very happy to use it. Generally, all features are constantly improving. Communication with clients as well as groups and stakeholders is smooth. Looking forward to upcoming user-friendly feature. I hope future versions will address issues that are reported by customers to provide a more comfortable user experience for both business and personal usage.

Pluspunten: Convenient application for a group of employees working in small to medium organizations.Also good usage experience for contact with the client about the current tasks and business queries. First of all, it's already used for personal purposes so faster and easier to use for employees. Daily work in progress collaboration made comfortable. Faster communication than any other method. Free versions mostly used for small businesses like us. Some other high-level organizations utilize WhatsApp business features as well. This handy app is available for every device like a smartphone , Desktop/Laptop, and many other smart devices. New features added gradually like voice message, video call , fingerprint lock, etc.

Minpunten: Whatsapp group and message broadcasting system need improvement. In Group management more functions should be provided. Everyone's number is visible so option to be anonymous is needed. Privacy of number should be provided. Support for customers should be available faster for problems. Getting feedback from consumers and solving issues will help it to be more reliable. Although the end-to-end description is used some concerns related to it require solution.

Opmerkingen: Love this app. I can communicate with family, have calls, video chats at long distance. I dont know how we would communicate otherwise.

Pluspunten: I love the simplicity of this app. I've been using Whatsapp for years as an alternative to SMS. There is a lot to say about this app, but I think the constant validation and feedback that it provides is one of it's best aspects. Im constantly on the move, and sometimes I'll be in areas where there is little to no wifi or signal. That doesnt stop me from using whatsapp to communicate, in particular because I know the state of each message when I send it. If I have no wifi, there is an icon that indicates that. If the message was sent, read, or not received, there is an icon for all of this states. Those visual indicators are so important, and something that I see lacking in a lot of other apps. Those indications put me at ease. Of course, we cant forget about encrypted messaging. This is one of the most valuable reasons to use it. I dont like the idea of someone having access to my personal content, so it's given me the security and peace of mind that my stuff stays within the conversation, not outside of it.

Minpunten: Visually, it's not the most strongest. I think more customization tools for users would be great. Themes are nice, but I think having control of more aspects of the messaging would be great. The green gets a bit dull after a while, and we are social beings, so I know I am looking at that green bubble on a daily basis. Additionally, the bottom navigation could be re-ordered based on importance. I'm constantly selecting the wrong tab, thinking that it's the chats tab (which is located second to last). I think developing a better navigation system that actually prioritizes the parts of the tab section that are most commonly used would be a great addition.

Opmerkingen: The most intuitive and stable social media App in Nigeria . It's a default , and mostly used by social premiers and social groups. Most institutional and governmental units are just getting to terms with the robust functionalities available ,that can enable them improve efficiency in sharing intertibe information fast and securely.

Pluspunten: The ability to swipe on a post and reply to it , also the option to delete for everyone a post ,I changed my mine on sending . The dark mode is excellent , although it took long in coming .

Minpunten: The number of members is limited , most times I have to move 500 + members to another channel, although I've not tried using the paid edition.the limited number of share per time , when I have to chat multiple persons and run admin rights , I am limited to number of members to share to , just 5 at a time. I am equally not happy with the limited power for admins to restrict or delete some spammers from my group , most time I've had to pm it voice call a group spammer to delete for everyone a post he or she made that is not relevant to the group chat.you guys could also work on the number of members for a video conference , again here I don't know if the business version has this functionality.
Separating the 2 versions doesn't look like a solid business idea . The business versions features can be kept integrated and based on users needs to check and add features .
The need for coach clearing and cloud syncing if videos and images can be introduced . I like to keep my images and videos I share during post presentations .
Id love to see a seenlessly easier way to move my data, video and images from the old phone to the new phone. This feature should be left entirely to other developers