SMRT is the most powerful profit-generating software a dry cleaner can find. Our end-to-end workflow product consistently leads the industry in technological innovation and sophisticated automation. Specifically designed by a dry cleaner to maximize profitability, SMRT is cloud-based, intuitive, easy to use, and easy to learn. We continually find new ways to streamline and improve all aspects of your operation from customer communications to route management, production, reporting and more. 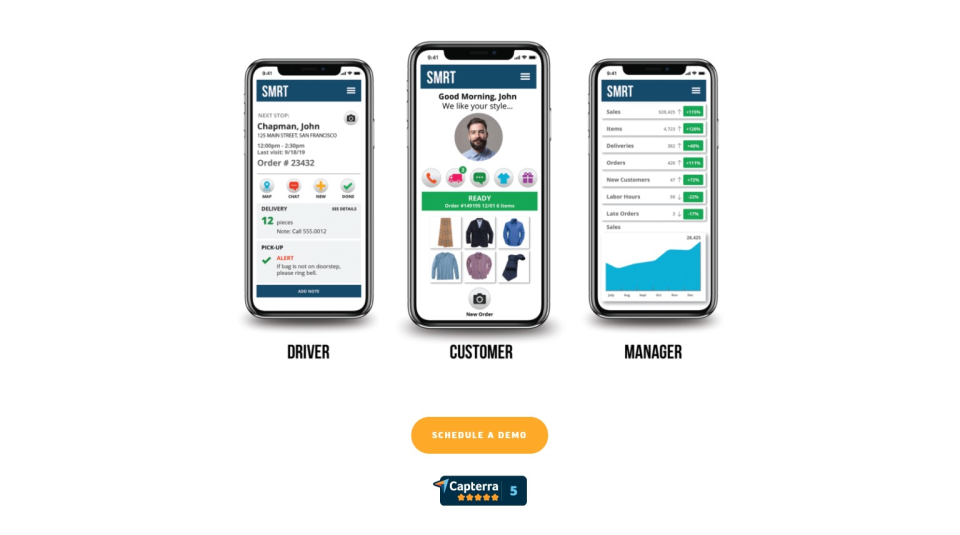 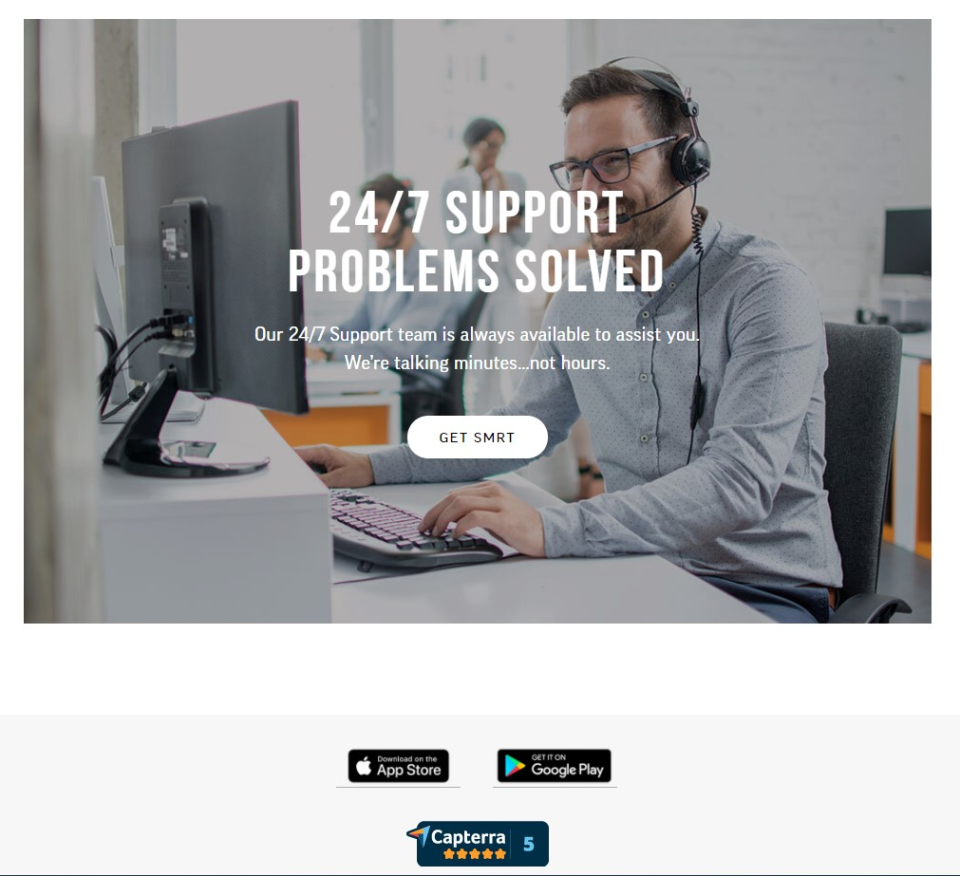 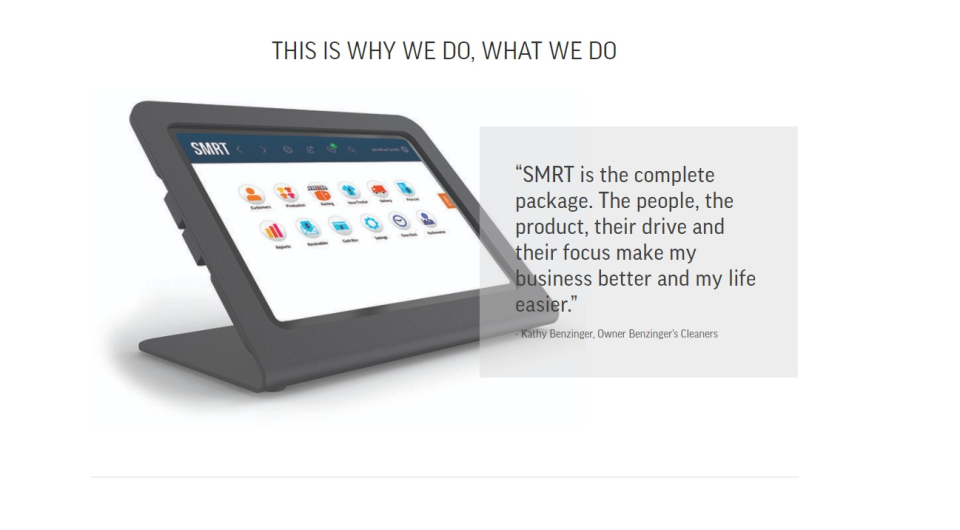 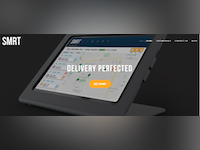 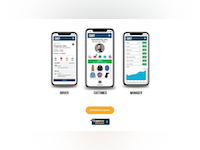 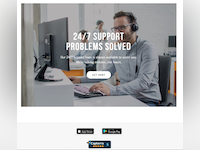 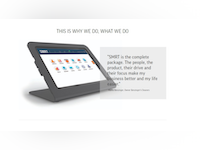 Pluspunten: Bringing new team members up to speed is very easy and much faster than with any other POS we've used in the past. The layout and functionality of the software is intuitive so it's easy for people who've never worked at a dry cleaners to learn their jobs quickly. Another feature I love is the reports or KPIs as they call them. I, and each of my team members, have access to the information we need to to provide our customers with the highest level of service. You can customize the reports available so that everyone sees the same reports, or you can customize down to the job role or even for each individual user. Probably the best, and most polished, function is the route module. It just plain works, and it's been transformitive for our business.

Minpunten: When we signed on a year and a half ago, the software was still a bit raw. The support team has been fantastic, and the development team has been consistently fixing flaws and rolling out new features. Nearly all of my frustrations have been resolved.

Opmerkingen: Incredibly fast and organized support, mixed with an ever updating platform allows us to automate where we didn't know we'd be able to before.

Pluspunten: SMRT brings dry cleaning and delivering a great experience to customers into the 21st century. For decades, our industry was underserved and with SMRT on the scene, we are equipped with the finest software to run a world-class organization.

Minpunten: I thought we needed an app to appeal to the newer generations. Actually, couldn't be further from the truth. SMRT delivers in every aspect.

Opmerkingen: Overall my experience has been amazing. I look forward to many many years of their service

Pluspunten: The customer support is hands down the best. From the demo to the instillation and now use, the support team at SMRT have been there. This system compared to my last POS is 1000% better. Easier to operate, staff and customer friendly.

Minpunten: There is really nothing that I don’t like. The only issues that I had was when my data was merged from my other POS to SMRT. Some of the customer info was mixed around, but the staff at SMRT was there to make things correct.

Minpunten: Internet based and too many steps along the way.

Opmerkingen: Overall, it's simply been outstanding, from the initial install, to the power of the software itself, to the support we receive whenever needed. It's been a 5-star operation from the moment we came on board 4+ years ago.

Pluspunten: The flawless execution. Nowadays, most software systems do almost everything you need them to. But it's the execution that matters. A crude analogy would be how everyone was using Hotmail or Yahoo 20 years ago, and then Gmail came along and just did it right, so everyone switched. I used a legacy system (the largest in the industry) for 13 years before switching to this "upstart" back in 2017. The difference was immediate, obvious, and impactful for our operation. And that was back when they were an upstart, and the software was still in its relative infancy. They are now one of the dominant players in the market, and for good reason. The absolute best thing about this software, IMO, is the way customer communications are handled. It's partly an email client, part text interface, and part slack, all tied into one, flawlessly. It's never been so easy to communicate with customers, track interactions, and ensure issues are followed up with. Brilliant.

Minpunten: This is a tough question, as they keep improving. For years I had an issue with their promotions/coupons not being flexible enough, and that just changed - they made their promotions & coupons system one of the most powerful and flexible I've seen - just like everything else they have done.