From individuals working on their project(s), agencies working for their clients to big companies with up to several dozens of developers.

The fastest CI/CD solution there is. Easily automate the process of software testing in the cloud and deploy more often in a unified workflow. Automate any continuous delivery pipeline. Get complete control with customizable stages, parallel execution, control flow switches, secrets and dependency management. Autoscale and pay only what you use. 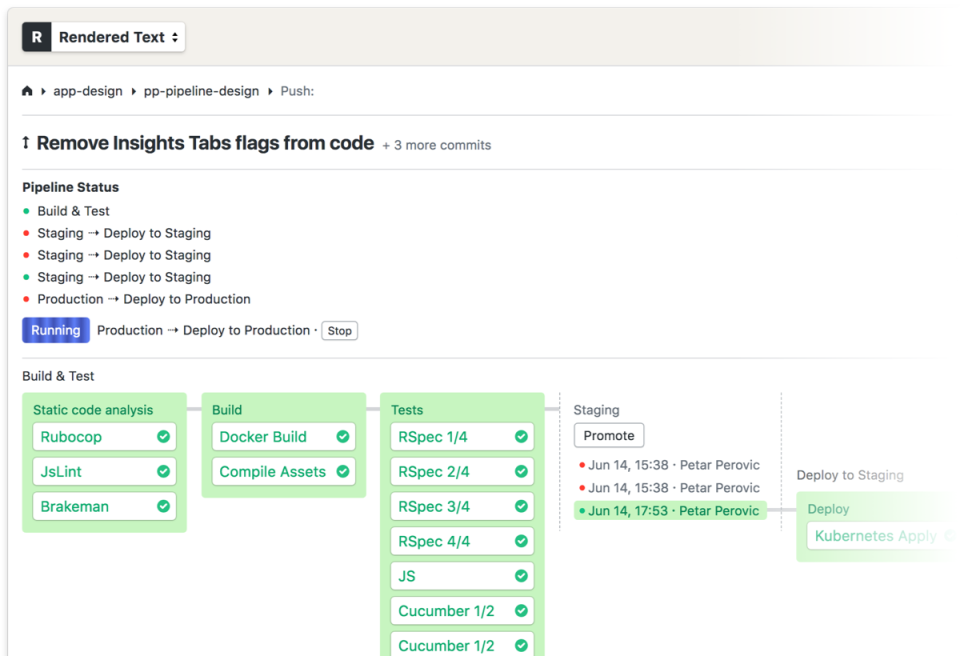 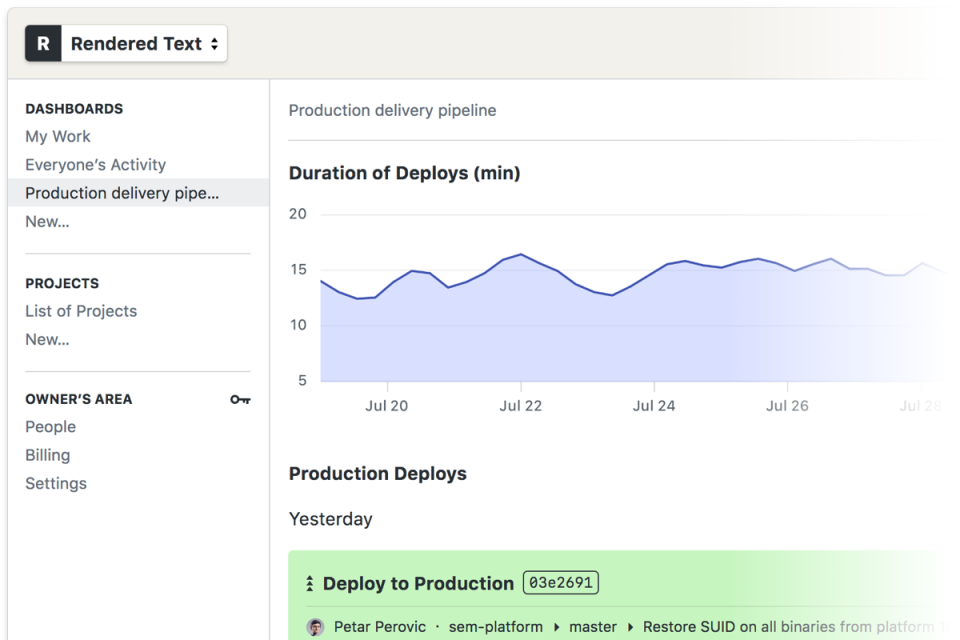 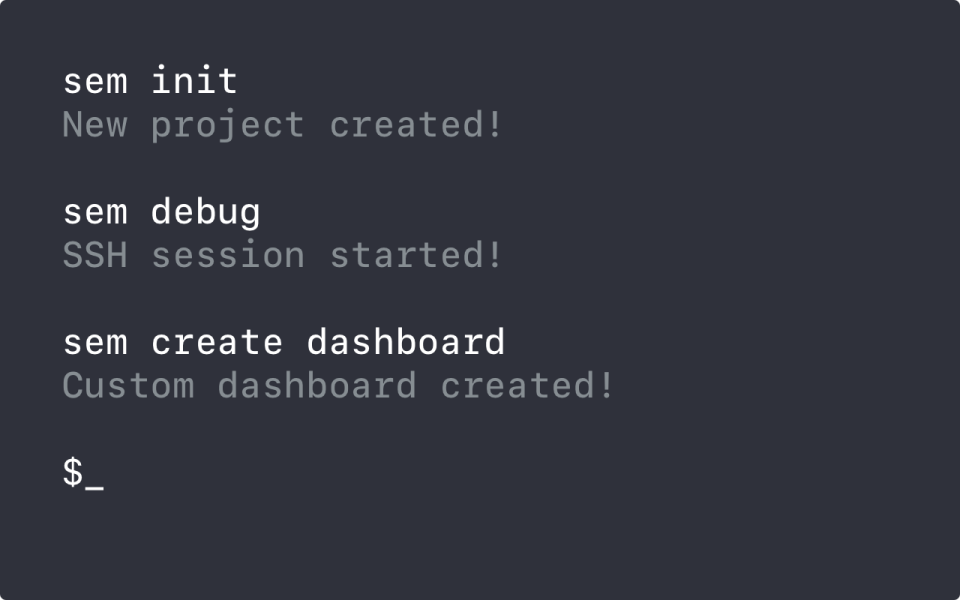 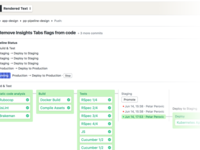 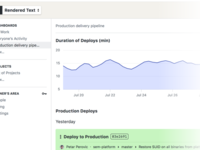 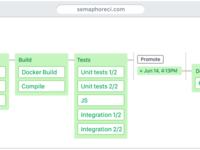 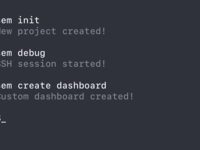 Autoscale and pay only what you use.

Opmerkingen: If you are picking a CI tool, pick Semaphore. If you are considering moving from an existing CI tool, or even if you aren't, strongly consider Semaphore. Our experience has been nothing but positive, and the support alone sets it apart from the pack.

Pluspunten: - Builds are FAST. The bare-bones Linux container used has plenty of power and our builds are completing 2-3x or more faster than TravisCI, JenkinsCI, and equivalents.
- Building in 'Secrets' (config files, SSH keys, environment variables etc) is straightforward and really powerful
- UI is simple and intuitive
- Customer Support has got to the best I have encountered with a cloud provider of any kind. Seriously, we have seen 2 hour response times on a basic support plan, including custom gists being written for us for specific use cases turned around in that time. I am so impressed at the speed and quality of support and I cannot imagine competitors are even close in this regard.

Minpunten: - Docker image caching on a dedicated disk would speed up our Docker builds substantially, but other than that I have no complaints or suggestions.

Pluspunten: The simplicity of configuration and the flexibility to customize pipeline runners, It uses to take us just a few minutes to have a pipeline running on Semaphore for a new project.

Minpunten: We have two different versions of Semaphore for different teams 1 and 2.0, the interface of V2 does not seem to be straightforward like the previous one.

Thank you for the feedback! We're constantly working on making Semaphore 2.0 even more intuitive - stay tuned.

Opmerkingen: Overall, it was a very easy-to-use system that did its job well.

Pluspunten: It has almost no clutter even though it's a pretty complicated system. Settings are easy to change, and the whole software is very informative.

Minpunten: Since the software is so simple, at times, as a user who didn't set up the whole system, I had to learn certain things about the software from google. There were no walk-throughs of the site in the beginning.

Thank you for the review!

Opmerkingen: We've gone from full, congested CI pipelines, with our machines positively clogged with teams waiting for slow or large test suites to finish consuming all the available slots on deploy day... Then having machines sit idle for hours on end during the rest of the week. This particular scheduling nightmare has since disappeared, and even test suites which can be optimised no further have benefited from a massive boost in speed.

Pluspunten: The speed. Good heavens, the speed. We have a number of projects, some of which involve some rather extensive database manipulations involving using schema. Unfortunately, this precludes parallelising our test suite, which has led to a steadily growing issue with slow specs. Whilst we optimised the specs as much as we can, reaching the point where a test run takes in excess of an hour and a half is still a very dour prospect. Enter Semaphore - we tried it out as an experiment, and have quickly moved some of our bulkiest projects over. The hardware is a massive improvement, test run times have been halved, and in some cases do even better than that. Better still, their support staff and engineering team are... Frankly, stunning. Support queries, even involving challenging and unusual setups are rapidly responded to, and often get passed to engineers and similar who are able to help you - unlike certain other CI providers who leave you hanging out with Bill from customer service, a nice enough bloke, but lacking the technical competence to actually solve issues. Whilst there are still some features that they are missing (auto-cancellation of specs, for example), they're rapidly building them out at an impressive pace - I have no doubts that they'll have every reasonably conceivable feature and then some in the near future. Finally, bare-metal hardware and the bare-bones linux vms with their helpful array of docker images for services are fast, easy and simple to use.

Minpunten: Semaphore 2.0 is still fairly new, so some of the Semaphore 1 features have yet to make the jump. In addition, there are some nice to have features they didn't have when we signed up - but they took the feedback to heart and kept us up to date on their progress building them o

Thank you very much for the review. We really appreciate it!

Opmerkingen: We use Semaphore for our CI / CD pipeline. It allows us to ensure everyone is contributing code quickly and with the confidence that things aren't breaking.

Pluspunten: Semaphore is very easy to integrate, offers exactly the UI feedback I want, and shows what's going on in a remarkably simple way. It's clear they spend a lot of hours working on making sure the product is both high quality and easy to use. One of the best parts is how little I need to intervene, which is exactly the mark of a well-run CI product.

Minpunten: I have little to no complaints. Any issue I've had I've never had more than once - if one user finds a problem they fix it for all users very quickly.