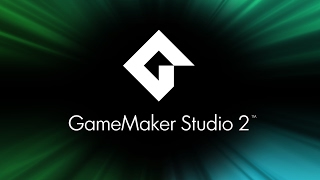 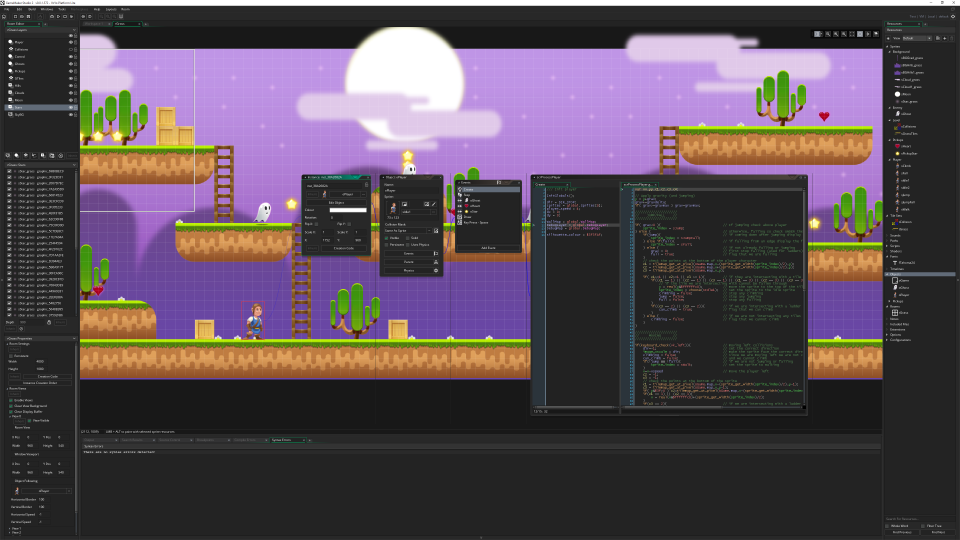 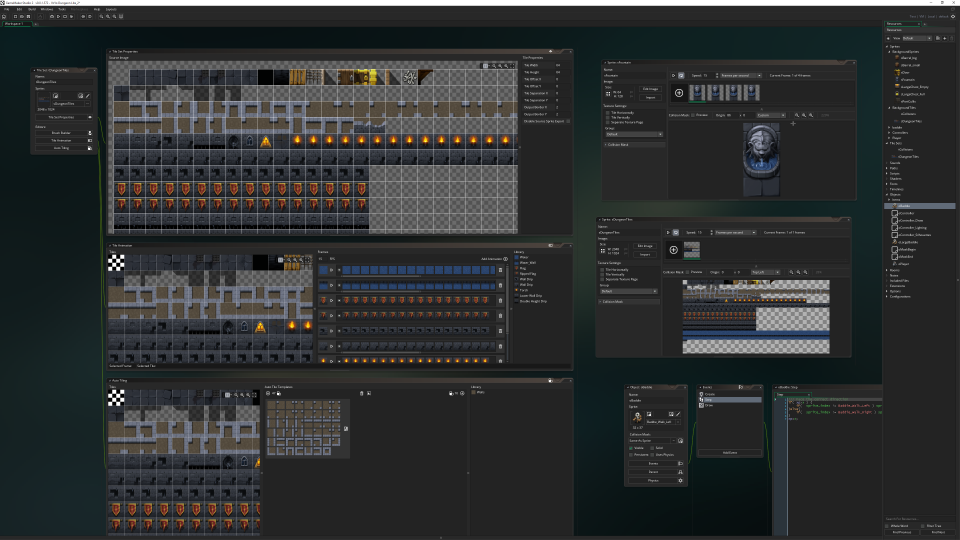 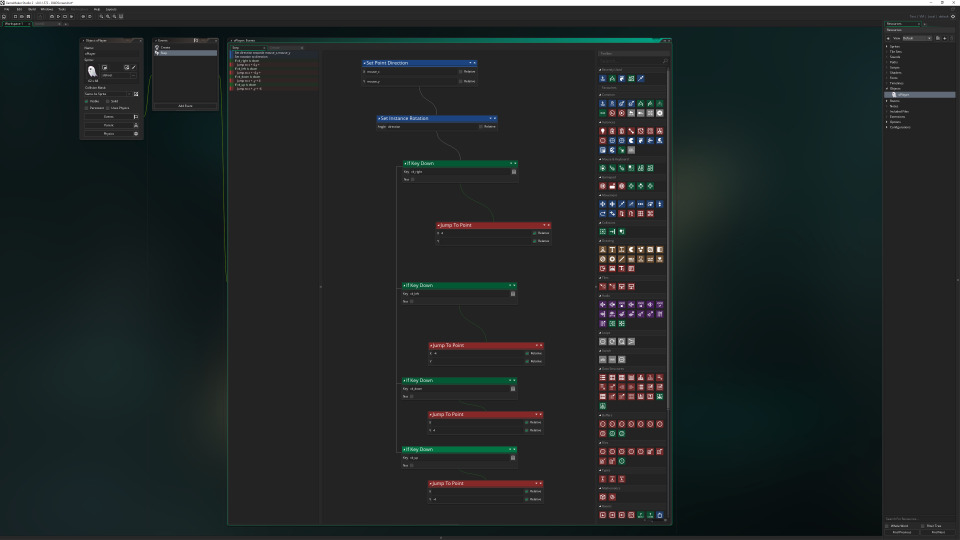 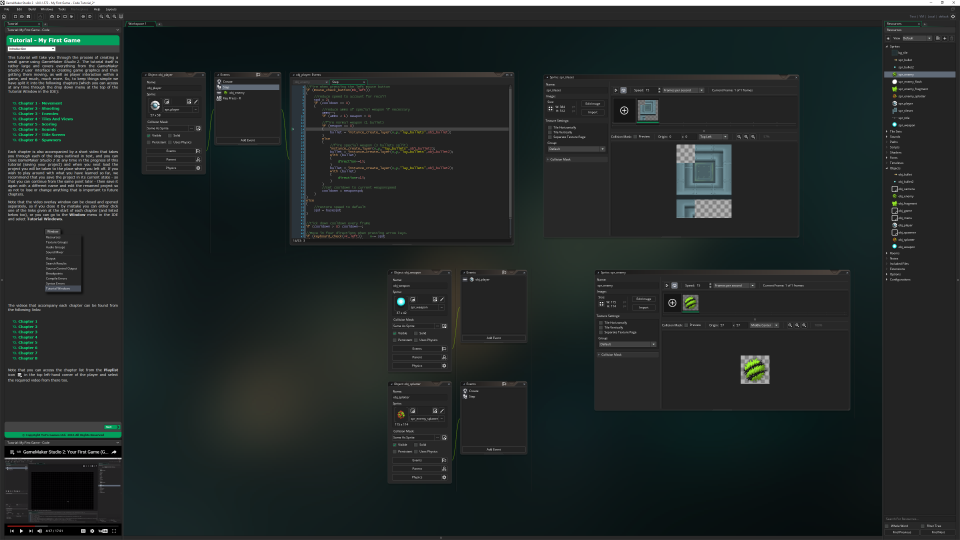 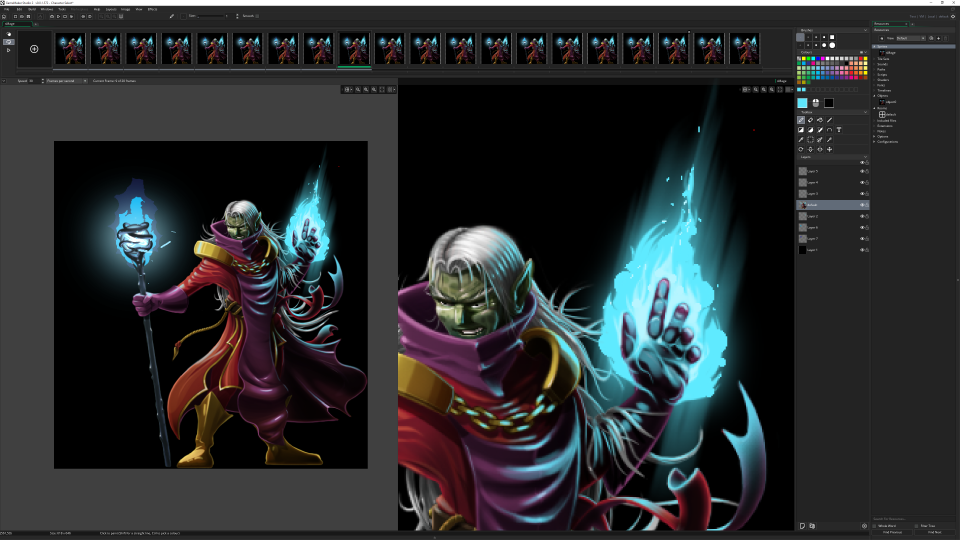 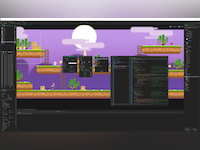 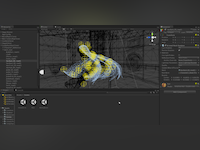 "GameMaker has its niche and does that very well!"

Opmerkingen: Overall, GameMaker is the easiest for simple games and it lets anyone who has a computer able to make a game!

Pluspunten: If you are trying to make a simple game like an 8-bit or platformer, this is the video game engine for you. It is simple and to the point making it easy to use this software for absolute beginners in the industry. You don't need a lot of schooling or experience to make a game. I really like how much of this can be sprite based as well. Anyone can edit images and make characters, items, etc based on sprites.

"Once the gold standard for 2D, though no longer a clear a leader"

Opmerkingen: It's fine as an introductory software for game development, but it's no longer the best choice even for that.

Pluspunten: Cross-platform functionality works quite well. Though somewhat counter-intuitive, development paradigm can work well for a limited set of game genres. The YoYo compilers are good.

"GameMaker: Studio is a great way to get a foot in the door of game design!"

Opmerkingen: Overall GameMaker: Studio is a fine tool for new developers, but it will eventually leave you wanting more, since it is quite a simple engine compared to its competitors.

Pluspunten: GameMaker: Studio was my first entry into the world of game making. It's drag and drop programming interface makes it easy to make simple games, while also having the skill-ceiling to create magnificent 2d-games. It's simple interface makes it easy for new developers to dapple in game making. It utilizes it's own programming language that is a form of simplified javascript, that features simple syntax.

Minpunten: The ability to create 3D projects is lacking, and it's hard to recommend it over Unity, unless you are a complete novice to programming and game design. It does not provide the same capabilities as its competition, but maybe GameMaker: Studio 2 can make up for that.

Opmerkingen: Overall, GMS was a great software for beginners. It certainly can do great things as long as you have the patience to learn how everything works.

Pluspunten: GameMaker Studio was the first DND (Drag-N-Drop) software interface I ever used. It took a little getting used to before I built up enough trust to use the feature without hesitation. It is very easy to set up a game and see what the end result will look like.

Minpunten: In the version that I began with, sprite editing could be a little tricky and time-consuming. I was told there were better ways to do than what I was doing, but at that time most of the tutorials were in Japanese and I could not read them.

"It boils down to your background"

Opmerkingen: While it's true that GML is Turing Complete, and therefore it's technically possible to write any algorithm in it, the language gets rid of more "complicated" stuff from more low level-languages like C (e.g. pointers and structures) without proper replacements. It's factually easier to write many algorithms in C than in GML. Also, there is a reason why more higher-level, industry standard, languages provide more features than low-level languages. Despite that, a portion of GML community seem to think of such features as useless addendum. Without community pressure, GML is today about the same as it was in the first version of GM Studio I've tried, many years ago (version 6, before GM belonged to yoyo games). As an experienced programmer, I grew very frustrated with GML. It would be more productive for me to write the core of the game in other languages and interface it for GameMaker through an extension. But at such a point, it would be easier, cheaper and even more productive to abandon GMS altogether. However, I think that a programmer can have fun with GameMaker if they see the software itself as a game and the limitations of the language as a challenge. After all, there are many fun games in the market about programming in Assembly. For artists, non-programmers and inexperienced programmers, I think GML would not be a no-go. Yet, these people would still benefit from the overall very focused and productive toolset GMS offers to successfully finish their projects.

Pluspunten: GameMaker: Studio (GMS) is a very feature-complete suite and the included toolset (including the programming language, GML) pushes towards greater productivity.
It's very easy to find and install extensions through its integrated marketplace, and extensions can be implemented in other languages instead of GML.
Shaders can be written in GLSL ES, which is industry standard.
It's possible to export the game to many different platforms.

Minpunten: Although GMS indeed pushes towards being more productive, it also promotes recklessness. In other words, the final product can have low maintainability.
Each different export target has its own price. The final cost can stack pretty high depending on which platforms the game is planned to launch on.
GameMaker's scripting language (GML) is very bare bones. Its standard library also lacks useful functions for geometry. For example, while it has a function to check whether two segments of line are intersecting, it does not has a function to efficiently cast a ray from a point towards a directions and check which objects the ray intersects.