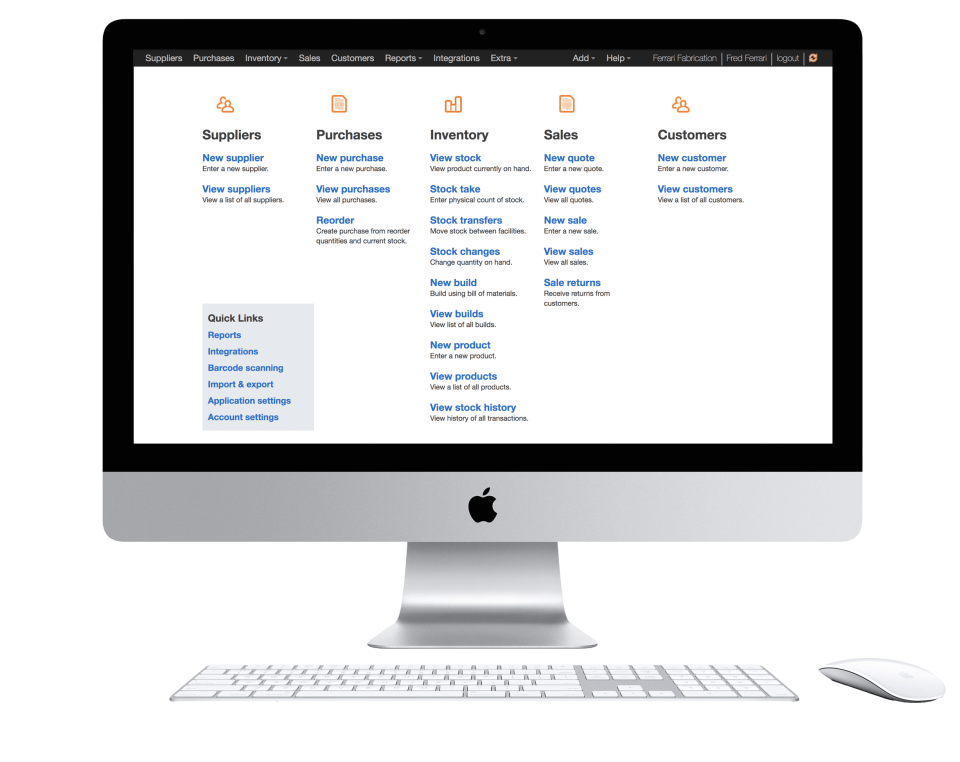 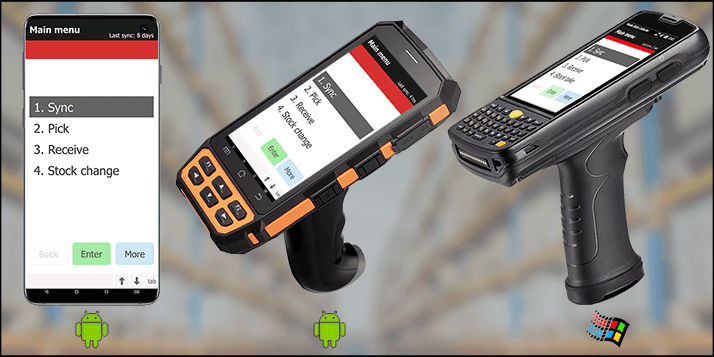 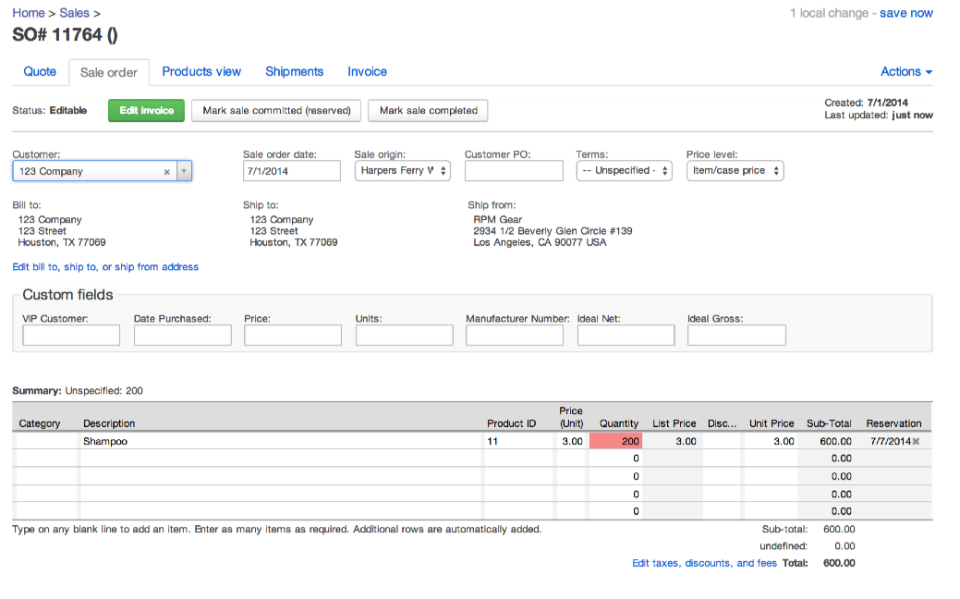 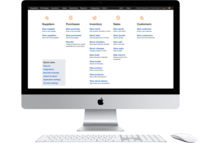 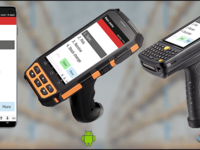 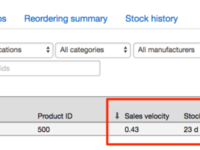 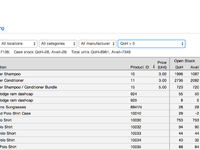 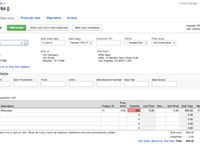 "Finally, An Inventory Management Solution That Does Just That, Really Well"

Opmerkingen: After months of testing and trialing every inventory management software and system on the market, Finale has been such a blessing! From the very first day of signing up, the Finale owner and team have been extremely helpful and responsive to any and every one of our questions or concerns. The interface, layout and organization of the Finale app is extremely user-friendly and does not distract the user with unnecessary formats, colors, layouts and displays. We love the minimalist approach. Everything you need and nothing you don't. The search feature is so optimal and incomparably easy to use within every view option. Your search results are instant and appear immediately as you start typing. Finale has the best import tool we have ever seen. You simply copy cells from excel and paste them into the web browser. Finale takes care of the rest. This truly intuitive copy/paste import feature makes saving, importing and editing your catalog via excel spreadsheets a thing of the past. Generating purchase and sales orders were a real pain-point with previous trial services. PO generating in Finale is intuitive and automatic enough so that anyone on our team could go in and place orders with the suppliers stored in the system. You can also create custom fields, which we use for internal communication to streamline our operations. If you use Ship Station (in our opinion the best shipping management software), this is where Finale’s strength is. It flawlessly sync’s with Ship Station ensuring that you only ship products that are in stock and order out-of-stock items. Finale gives you the things you want in an inventory management software without all the fluff. We tried other solutions that tried to be an all-in-one solution, but they all end up being mediocre services. Finale does one thing really well and that’s inventory management. Regular updates of the software leave our team comfortable knowing that as a system, Finale is always pushing for optimal streamlined cutting edge performance and integrations. We are elated to be using Finale and already have accounts for both of our companies.

"Finale Inventory Has Transformed Our Company"

Opmerkingen: We had purchased another inventory management system (Fishbowl) prior to Finale and we struggled to get it implemented for an embarrassingly long time. Everybody in the organization that touched it, hated it... and eventually I decided to abandon it and start my search over. After looking at an endless amount of options a friend recommended Finale. I remember looking at the reviews on Capterra and thinking it was just too good to be true, but that if they were true, I'd found my system. I poured through the demo videos expecting to find something that didn't jibe with how we did business, but I never did. So we started a trial. I was very worried about push back from my staff, especially from the person that would be in charge of implementing it. Within 20 minutes of her poking around she was in love. Once we decided to move forward with it we were ready to start using it within a few weeks. We're using Finale with ShipStation. The learning curve for both was almost non-existent. I have total buy-in from everybody that touches it. It's allowed us to become way better about keeping inventory in stock, made purchasing in time from overseas much easier. It's virtually eliminated shipping errors. For the first time in 20 years of running an inventory based business I TRUST what my inventory management system tells me I have in stock. Most importantly, Finale has made us light years better at serving our customers.

Pluspunten: Customer support is insanely good. It accurately tracks inventory across several warehouses and sales channels. The integration with Shipstation has revolutionized how we pick, pack and ship. Creating and tracking bills of material across many complicated assemblies is easy and intuitive. Picking using handheld scanners has virtually eliminated errors. In fact, we just went 30 days without a single report of a shipping error from a customer, and have averaged less than a 0.2% error rate in the 8 months that we've been using Finale. With our old system, the error rate was close to 3.0%. Cycle counts with handhelds have eliminated the need to close down to take inventory, we're going to be off on December 31st for the first time ever!

Minpunten: We had a little bit of trouble with how Finale tracks BOM of an assembly sold on a marketplace, but worked with their support to find a workaround that has been satisfactory. Even though we didn't like the way it handled it out of the box, we felt like our needs were listened to and a permenant fix is being worked on.

Opmerkingen: I have to say the people at Finale are wonderful to deal with. We have had to have numerous calls and they are always so helpful.

Pluspunten: We have a lot of product assembly kit items and finale allows you to create those and have the pieces taken out of inventory when the kit is sold. It is hard to find a good kitting inventory software.

Minpunten: We had to convert our cases to pieces to make this software work with the multiple locations. It is very hard for us to get use to this.

Opmerkingen: Since its inception into our business, Finale was incredibly easy to use, simple and straightforward. With an excellent support team and support documentation, we were set up in less than a single day. After that we barely had to get in touch with support, as the self administering factor of Finale is what makes it so great.

Pluspunten: Finale is incredibly easy to use and provided our company the ability to scale up by using additional features of the product over time. Our inventory is always spot-on as the integrations with various merchants and other software is excellent.

Minpunten: The only issue we hold with Finale is their lack of support for iOS and iOS browsers. One could easily integrate the standard browser interface into Finale with some changes and allow those who have an iOS or Mac-based environment be able to use their existing hardware with off-the-shelf scanners.

" it does not save data properly"

Opmerkingen: need to properly save data then this will be the best inventory system on the market

Pluspunten: easy to use and they constantly apply updates to the system. easy to receive inventory and system is adaptable

Minpunten: if you try to edit an existing order it does not save the change sometimes which causes me to constantly have to edit the same order multiple times and re-sync the scanner so I can pick the order. This also causes inventory to over sell which caused a big headache because now I have to contact the customer to cancel the order which they are not always happy about. I also would recommend auto-instant wifi sync as this will also minimize mistakes if you operate on more than one scanner