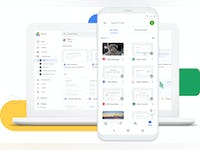 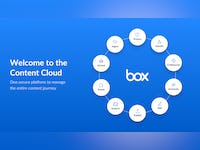 Must use storage option for official works.

Opmerkingen: I mainly use Dropbox for my office work, yo store all the docs in cloud as backup. Dropbox provide me choice to share files with specific user with full privacy option. Uploading is so fast and for larger files , sometimes takes much times.
Besides it provides 3rd party integration which gives us chance to accelarate our work.

Most important features Dropbox provides from my perspective is the automatic file backup option. Dropbox takes backup all my documents, helps me to work without fear of losing them. Beside dropbox have world-class security to protect our data.. I can store all my data in cloud and share to official documents for work purpose very easily. Organizations of my documents is very good in Dropbox business. Moreover uploading speed is very fast , I can able to store big files in cloud storage easily and able to track from anywhere.

Since we are using Dropbox for organizational work, it's fill like it's little bit expensive than other similar service provider, interface is easy but, sometimes need to know basic program knowledge and web client interface knowledge to get full benefit of Dropbox.

Drobox for Business with e-sign is a great workflow for the digital era.

Opmerkingen: A leader and continues to be. With new features it is a tool that small or medium size agencies can invest into for digital transformation.

This is a great package for those we can afford such. The additional add in for e-sign has made the dropbox stand out from day 1. It is simple to install and most time (90%) it does it thing and sync the file to the cloud. The ability to view file without having some pre-installed software is a great feature as compared to other tools that forces the users to have installed application to open or view files. We can have conversations about file, to put ideas into context, as compared to a track change, which is also fully available. As IT I now believe for the same fee the whole PC desktop and related files can be backedup with little hassle or intervention. My users loves the idea of taking a photo on a word mobile device and having this photo in their desktop without having to email or find alternative transfer means.

It is costing a bit for these services. Collaboration is challenging in low bandwidth environments. Two users will often complain that they are seeing two version of the document. Which is understandably annoying..

Still A Clunky Product After 5+ Years of Use

Opmerkingen: Dropbox Business has, for the most part, been our media company's go-to file storage and sharing application since we began primarily working from home a little over a year ago. But after 5+ years of consistent use, I can't say I've noticed a significant improvement in the software's usability. We still seem to experience the same issues we did when we first began using the software. We've been on the lookout for a software to switch to for some time, and may just officially make the move to Frame.io some time in the near future.

In terms of basic file sharing (documents, videos, or audio files), Dropbox Business gets the job done. There are some basic features available which allow you to customize the files you've shared (you can set files to be non-downloadable, password protect them, or even set the shared link to expire after a certain date). One of the features we've found the most useful as a media company is the ability to send out a File Request. This is a feature that allows you to create an upload link that can be shared out to as many people as you need. Once members of that group have uploaded files to your Dropbox using the link, the files will appear on your Dropbox, in a folder that you've preconfigured to be associated with that file request. Users cannot see what exists on your Dropbox on their side, but you're able to secure the files you need. While there are some helpful, advanced features, all in all I would say Dropbox Business will probably work just fine for your purposes if you aren't too concerned about having a bunch of fancy features.

I seem to constantly run into strange issues when using Dropbox. For example, although you are able to see all of the files that you've recently deleted in the Trash, you are not able to search the Trash. You can only perform a search for files that are still technically "live" on your Dropbox account. So if you need a file you think you've deleted, you have to scroll through the Trash and search for it yourself. I would think that regardless of what exactly you or your company is using Dropbox for, a search bar feature for the Trash would be useful, and would save you a ton of time. Additionally, more often than not, the progress bar on the bottom of the browser might say a file has completed uploading, but the file won't display on the screen. A refresh seems to do the trick, but this is a longstanding issue we've run into, and contributes to my overall perception of Dropbox as a "clunky," outdated software.

The pricing plans are reasonable and it allows me to keep high-res (large docs) organized for three major companies with an endless amount of brand assets. It is accessible anywhere with internet - allowing me to work from office, at home, or on-the go (plane, out-of-country-etc.).

I have not come across any cons to their software as of yet. I have been using it for 2+ years without ever having to contact support or come across any glitches. I would not mind a promo code or discount on a pricing plan though lol.

Dropbox business a perfect solution for cloud based storage

Opmerkingen: The dropbox business is valuable tool if you are looking to enhance your internal capability of storing data on a third-party cloud. It has helped to operate data from outside source without worrying about data lose due to system collapse. The features are overwhelming and help users in seperate ways. The product stands out among other for delivering superior experience in data management.

The security features are the best features for Dropbox business. You can make sure the file is well encrypted and can be shared through a secured channel like a link with others. The drag and drop function is effective when transferring large volume of documents to the cloud. Very easily accessible through remote locations and team collaboration features are easy to use. Version control by saving older version of file is a effective feature.

Sync and integration issues require most attention from the customer support team. Syncing with local directory is always a problem as it becomes challenging to auto upload files to the system. Sharing file outside of the organization is troublesome as excess control becomes a big issue. Document searching is also another issue which is hard to address.