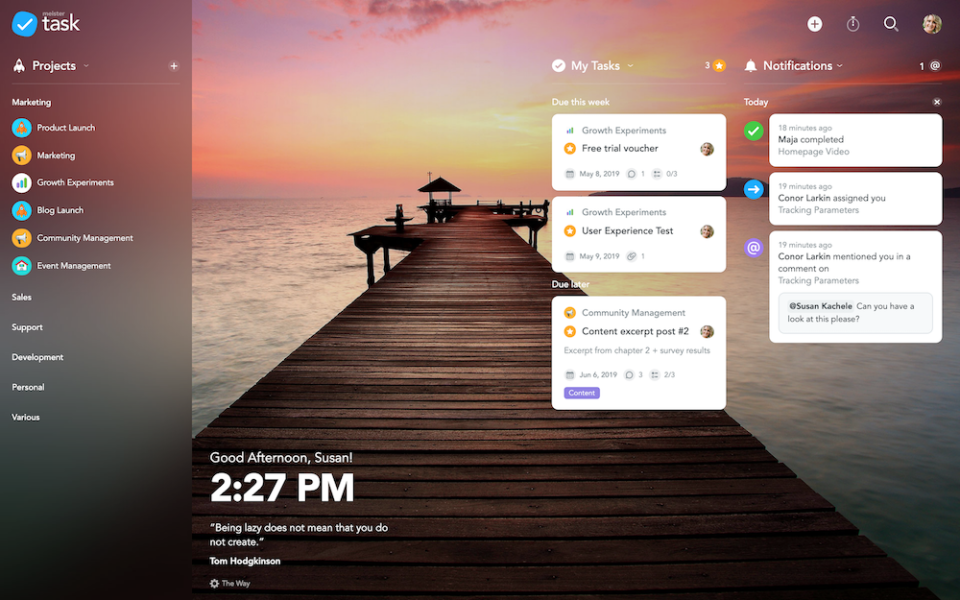 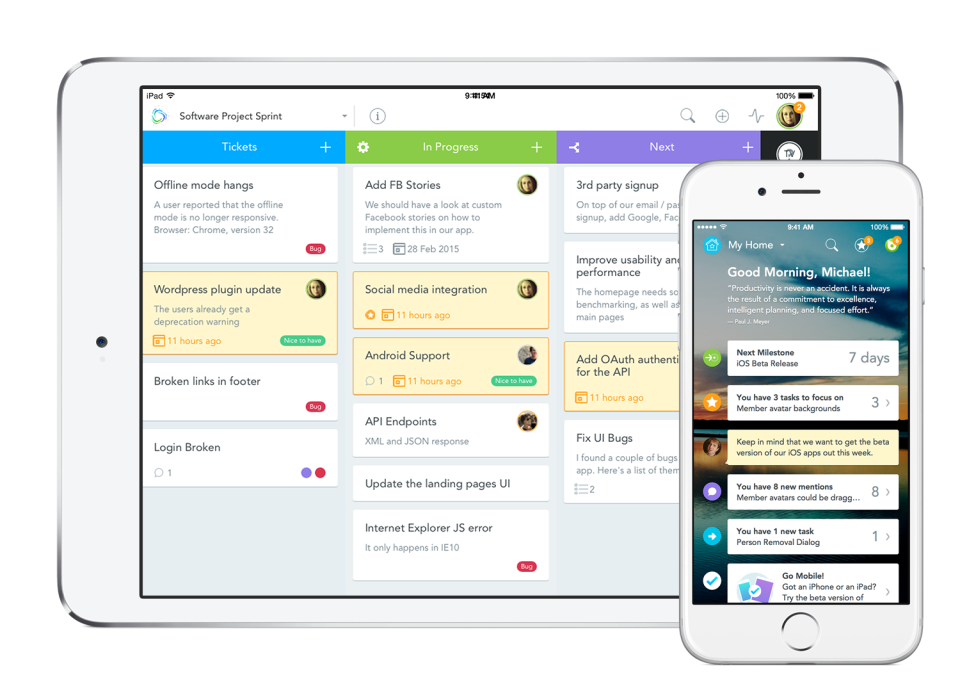 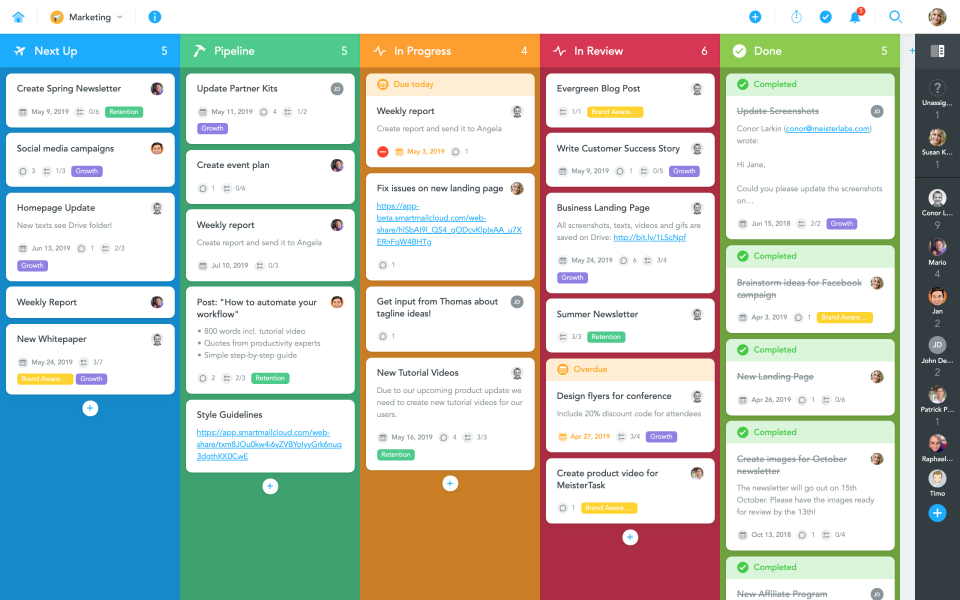 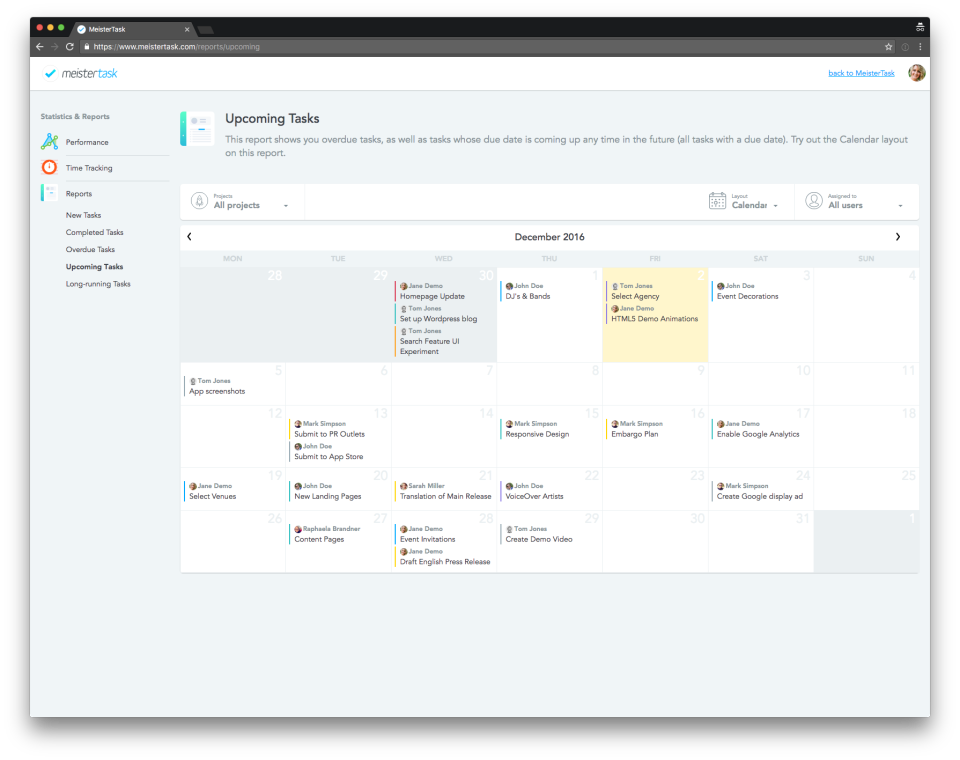 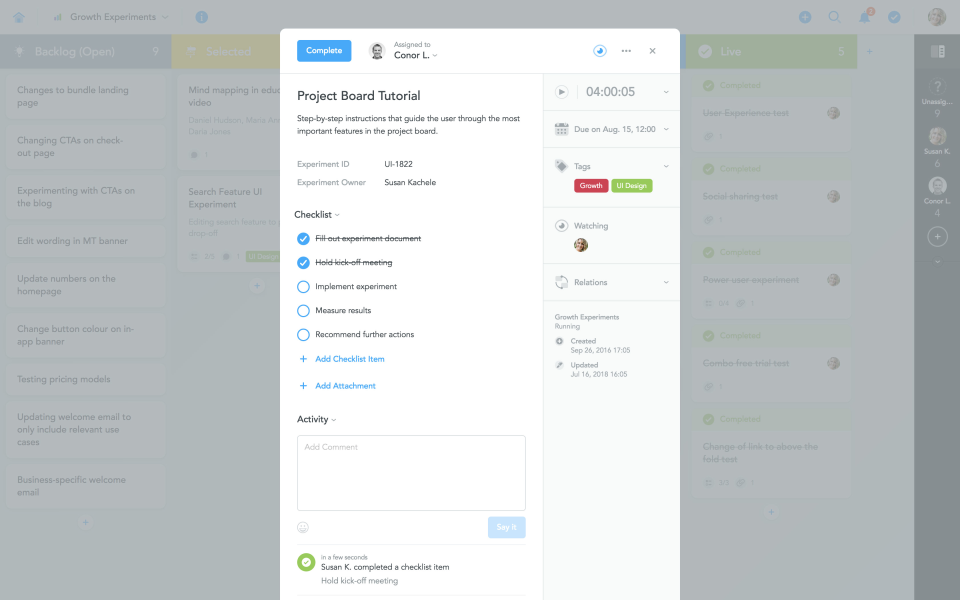 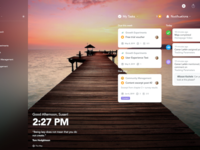 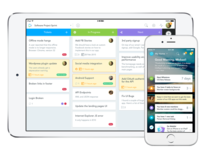 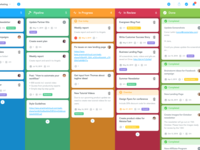 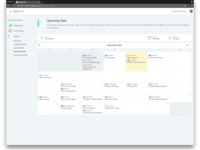 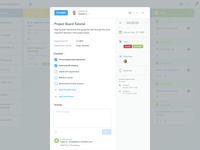 Opmerkingen: Before Meister Task, having a centralized Project management system that allowed us to keep track of projects, assign tasks and reporting on progress was a nightmare. We find it a lot easier these days because of MT.

Pluspunten: The software platforms are seamlessly integrated and I have access to my tasks on the go.

Minpunten: I haven't yet found any issues with this software but as soon as I do, I'll definitely bring them up to the dev team. However, providing for the ability to add project level resources (files and attachments) would be nice. Absence of email updates on pending tasks (not calender based) could also be useful.

"Great, Affordable Project Board for Teams"

Opmerkingen: It's an easy-to-use tool for your entire team. The horizontal layout makes it easy to click and drag projects/tasks from one development stage to another (one board to another), trigger email alerts, and create checklists. That makes task organization easy for a team. We have around a dozen staff using MeisterTask, and they all love it.

Pluspunten: It's an incredible value for the features. We only need to pay monthly for our administrator account, and all our staff users are free. They don't get to create projects or add/change actions, but their day-to-day use of MeisterTask is free (e.g., creating and completing tasks/tickets, moving tasks around, adding checklists, etc.). I also love the integrations with other services like Zapier, which we use to allow creation of tasks via sending emails, and the MeisterTask plugin for Gmail, which lets you create tasks directly from your Inbox. This adds tons of value for our staff, who again are free users.

Minpunten: I personally don't like task management that is laid out horizontally on boards (e.g., Trello). The board layout lacks a visual hierarchy that I prefer and see in other free/cheap task management products like ClickUp. Also, while you can upload and attach files to each task, you can't immediately download from the task. You have to wait while MeisterTask fetches them from wherever they are stored in the cloud. There's a short delay, and you need to refresh your browser page to see the notification that contains your download link. That's a slight annoyance.

"It allows to organize my day in a better way"

Opmerkingen: I have utilized pretty much every assignment administrator accessible throughout the years and MeisterTask is unquestionably one among the least difficult. Great customization alternatives and an extremely decent GUI. Energetically suggested. MeisterTask helps keep me composed and on target. Before utilizing this product I used to be continually making paper daily agendas that may regularly get lost or would wish to be re-composed to fuse new things.

Pluspunten: I like that there are Tasks and errand screens with pipelines and inside and out stuff, But there's likewise only a simple agenda on the landing page that permits you to establish out assignments without overthinking it, Great for effortlessly done or quick undertakings. I lean toward its adaptability and in this way the simplicity by which I can utilize it with my group whether it's arranging undertakings or recording venture exercises for charging reasons for existing it's extraordinary.

Minpunten: I truly can't think about any cons, to be completely forthright. it's everything of the capacities I need, and whenever I've run into issues or detours I used to be consistently prepared to discover information in their exhaustive assistance area.

"Wish they ironed out the bugs"

Opmerkingen: Started with this software a few years ago and really need to spend some time looking for other software. Run accounting firm and use this software to manage the monthly entry for all clients. As all my workers are remote, I need something dependable to assign tasks and manage timekeeping for each client. Unfortunately Meistertask fails hard on dependability. The backgrounds are pretty and the aesthetic is the best thing about this software. The worst is that every other month I have issues pulling time tracking or some kind of glitch happening. For the last 2 weeks i've been unable to bill clients or access accurate reports for the time period I am trying to bill even though the hours show perfectly fine in the software, what is being downloaded is last month's time tracking which is not the search parameter I put in. Every time I contact Meister it takes a while for them to get back to me and has taken upwards of a week to fix issues with no explanation for why they keep happening. Currently I pay $70+ per month for what? I don't really care that the tasking software is pretty if the software in general stops working and I have to keep asking to fix. This is the 2nd time I've had an issue with the software in the last 3 months either not properly displaying time or not properly downloading. Don't use this if you need accurate and timely time keeping!!!!

Pluspunten: -Can track time by task
-Can assign multiple team members
-Team members can view time
-Can set up multiple projects or clients
-Can get notifications when tasks completed

Minpunten: -Would be great if all workers couldn't view everyone's time
-Need feature to pull time for a date range
-Time Tracking glitches every other month
-Customer service takes forever to fix issues

"Great task manager that can be interconnected with mind maps"

Opmerkingen: As explained above, I used it to manage the tasks on different projects with the team of eight people in total and complement a board task manager with mind maps to make the project planning and tracking more visual. It allowed me as a manager to keep track on the things that were going on although I was often on the road for days and since it has a really great visual interface it was easy to spot potential problems (over-allocation to some person, possible delays etc.) before they actually happen and act proactivelly

Pluspunten: The best thing about this software is that interconnects with MindMeister mind mapping software perfectly, out of the box. This means that you can define your project in a mind map (which is in itself really useful and visually clear) and then just make an item a task with deadline, priority, person assigned and it automatically appears in Trello-like interface with buckets so you can move from one collumn to the others (Open, Next, In progress, Completed, etc.). In comparison to similar apps, the feature that I really appreciate is the activity log that you can see with one click on the right side which gives you log of what happened recently as it happened - for example your colleague completed a task or created a new one, commented on a task, etc. which is great if you are a manager of a team and want to quickly see what has been going on . Another highly appreciated feature is that by clicking on the team member's avatar you instantly filter only the tasks assigned to that person, so you really have a quick, visual way to track progress of different projects. Finally, each task allows you to track time, so you can do it from the app itself, without needing a separate app for time tracking.

Minpunten: Personally, I really enjoyed using the app, but two colleagues on my team did not like it since they felt that some of the features are too much (and that as a manager I could track more things than they would normally want) and preferred a simplicity of Trello that we used before this. That said, if you use paid version, you have a lot of options that you can utilize, which can be distracting for some people on your team, while if you use the free basic version, options such as agenda, seting the duration of tasks etc. will be missed.