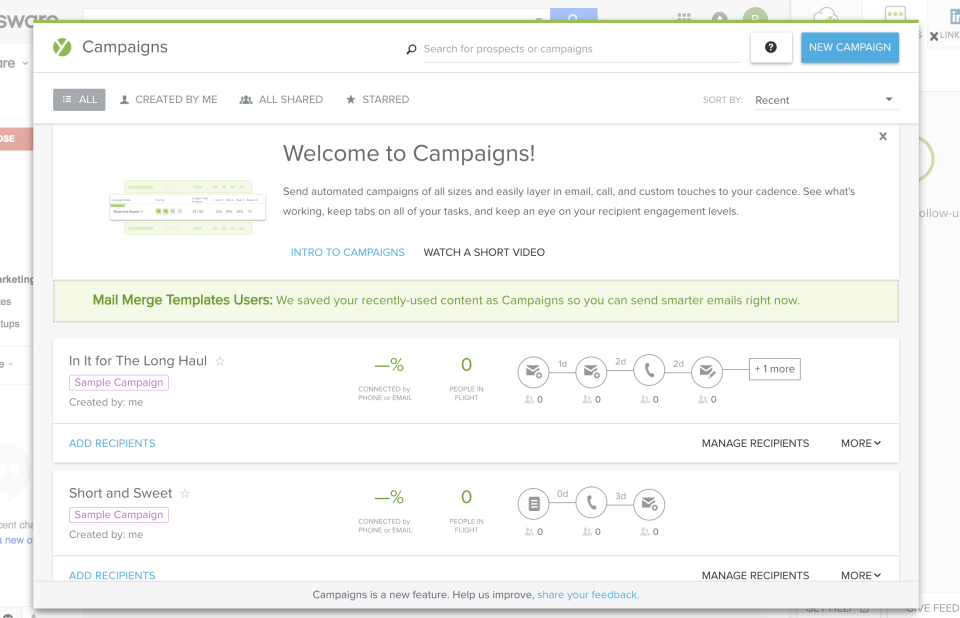 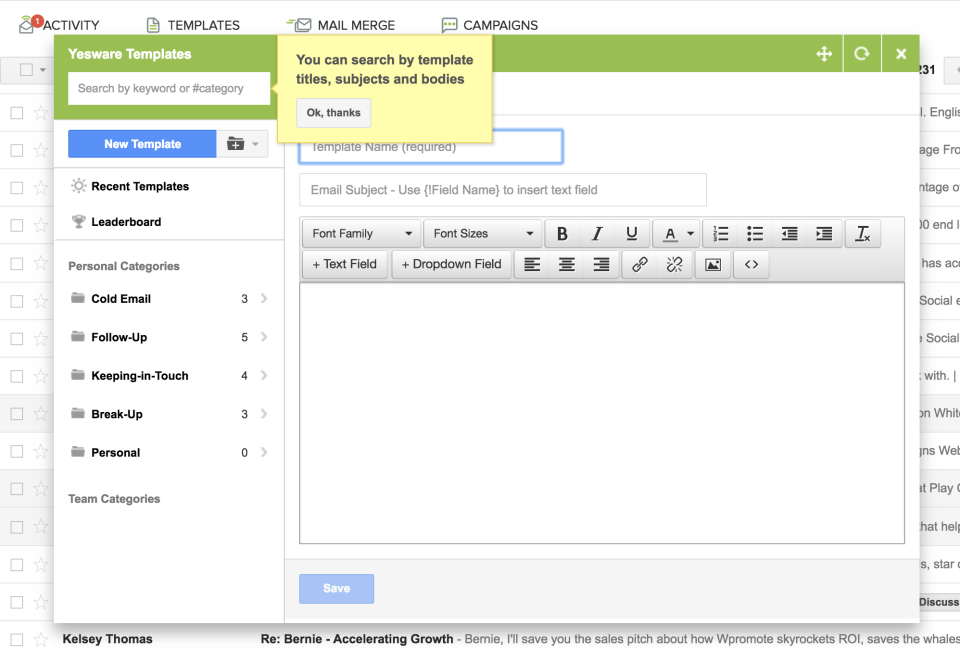 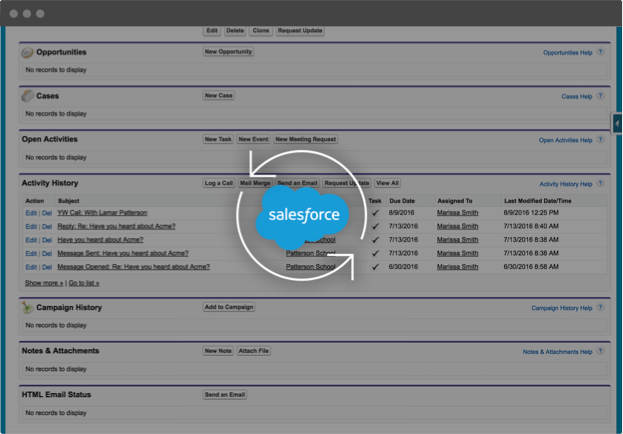 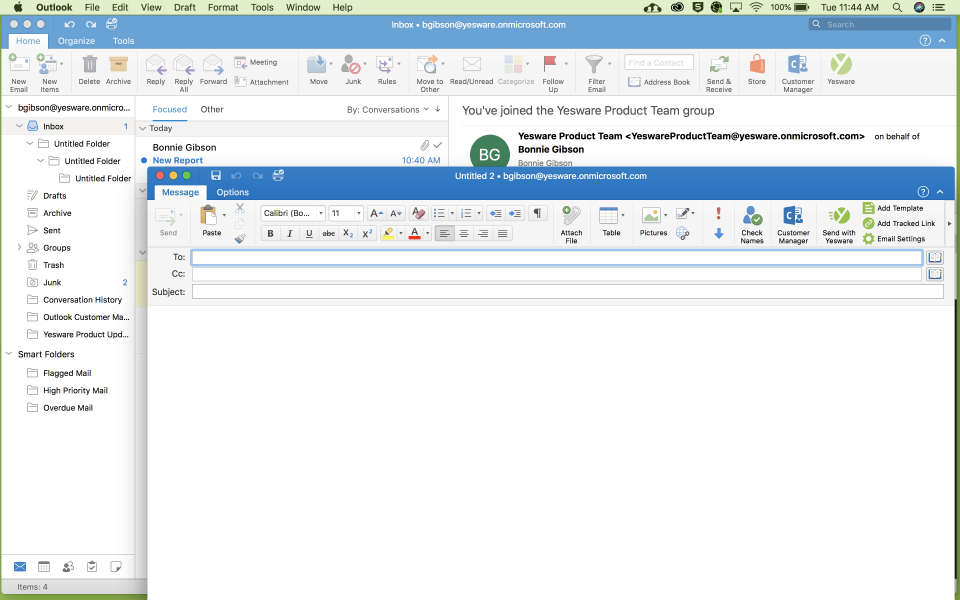 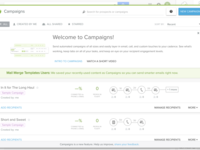 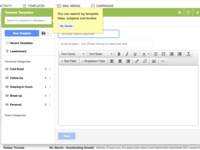 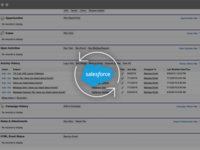 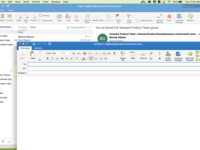 Opmerkingen: It's a best experience for me.

Pluspunten: The tracking and email notifications on open of an email from the prospects has helped me to figure out best way of targeting right audience.

Minpunten: The price is constantly changing after subscription is taken.

"A great fit for Outlook users"

Opmerkingen: Though it has its bugs and lots of features made for salespeople, I namely pay for it to use its email tracking tech. For my business purposes, this the most needed feature and since using email tracking, it's hard to remember what biz email was like before.

Pluspunten: I like the fact that unlike most email tracking programs, Yesware actually plays nice with MSFT Outlook. Most of the compeition is gmail only.

Minpunten: Bit of a resource hog. Also it sets off false positives with my anti-virus program and sometimes it crashes outlook.

"Bang for the buck"

Opmerkingen: I was looking at a tool for tracking emails as Google email tracking and streak did not work very well.
My boss suggested yesware and we bought the first premium plan. Before that I used the trial version for 40 days. I liked the tool and I was able to send timely invoices and assess whether my customers were really interested in my product.

Pluspunten: It is very easy to use and light on the system.
I was able to access all my client emails and keep track of them on yesware. Most importantly I loved the way yesware functioned and it always asks before installing on your other emails so that it does not interfere with every other email.
Also, I like the interface and it makes me understand and also gives alerts when the user has read my email and has checked out my links and read my material.

Minpunten: The support is not so great. I did not get to see 24 hour phone or chat support which disappointed me. They can bring more features compared to other tools in the market.

Opmerkingen: Knowing if someone has received an email, or re-opened it, is a truly valuable piece of information from a sales and support perspective. Email has become one of the least reliable forms of communication, but it remains essential to doing business. Spam detection software is junk. We have found no spam detection software that is reliable and turn off anything to ensure nothing is missed. It can even be manipulated by unscrupulous actors that want to harm the reputation of the sender. There are a million other reasons why it is unreliable. Unfortunately, most companies continue to use it. So we used Yesware to see if our regular communications were being received and opened, in much the same was we use software to verify that our client newsletter communications are opened. Yesware did the job in that respect. We didn't use any of its other features, since we had other software for that.

Pluspunten: We've been using it for several years and were notified recently by Yesware that the version that supports local versions of Outlook 365 is being eliminated. We were told that Microsoft is limiting the ability of developers to use plugins for PC-based Outlook, so they are dropping support for that in August 2020. We use our own ISP for email, using POP/SMTP mail, not a cloud-based environment hosted by Microsoft or Google. What we liked about it was its simplicity once set-up, and the ease of telling whether or not someone opened the email sent, and where that person was located.

Minpunten: The support organization was Zendesk, a third party. We found that every time we'd have a question or issue they were very responsive, but it took forever to get resolved. Most of the time we'd just live with whatever it was we were dealing with.

"A Must For Anyone in the Sales/BizDev Field"

Opmerkingen: Overall, Yesware's suite of tools have a huge impact on our sales and been very helpful. Some of it's features are available in most CRM platforms but it is pretty helpful to have it all available in one spot.

Pluspunten: We initially looked into Yesware for our email sequences and reporting before we understood what its full offerings. Once we discovered that you can also share templates and allow each team member to track their own/others performance, we decided to give it a try. It has been a valuable tool/motivator for our entire team to meet and exceed their sale goals.

Minpunten: Yesware recently added a "Spam Risk Detection" feature that is supposed to predict the probability of your email being flagged as spam. Based on a few responses we received from existing clients, our newsletters' have been ending up in their spam folder while Yesware's "detector" suggested it was low risk. It could use a bit of tuning but we consider it a bonus feature.