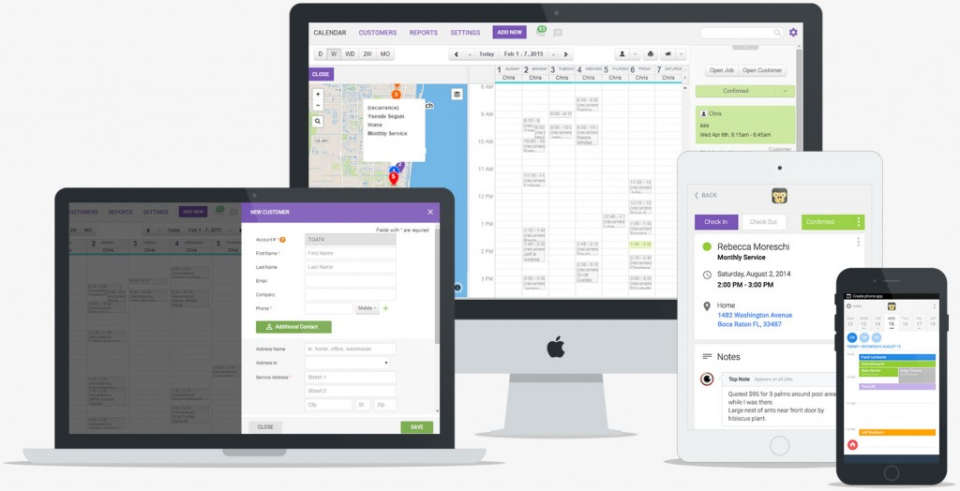 Opmerkingen: The corporate location that you need to call for help are ALWAYS willing to take the time to help you figure out whatever you are struggling with.
I have been using this software from the start of my business in 2017 and I believe that the GorrillaDesk team have made themseves INDESPENSIBLE to my business. I now cannot imagine going back and working without it.
I Love GorrillaDesk!!!!!

Pluspunten: Convenience and ease of use.
Allows my business to be 100% Digital
Figures my taxes for me.
The Automatic emails are the best part of this software.
Gorrilladesk pricing is on point to make this product usable for everyone

Minpunten: That the estimates sent to customers dont have the signature function unless you are WITH the customer.
I am sure that this will be fixed soon though with an update.

Opmerkingen: It has been a pleasure working with this company. There Tech Support is amazing and I have always has an answer within minutes of submitting a question or problem. After having a terrible experience with another software company, I was terrified to try anything else. Man am I so glad I went with GorillaDesk. Can't wait to see what this years holds for our company after seeing what the program did for us last year.

Pluspunten: The ease of operating the program is a plus, but the residual work and income that it has generated, by utilizing the program has made a huge difference in our numbers! Customer's love being able to pay online, receive reminders, and confirm appointments by text or email. The response has been great.

Minpunten: The only thing that I would change is the ability to move time off without deleting it and starting over. That is being extremely petty though.

Opmerkingen: There are way too many steps Involved with this software. As an end user and a business owner this software is way to frustrating to figure out, the customer support is not open after 5pm, which doesn’t work on the West coast. I have used two other software packages in the past that worked well and tried GorillaDesk because they are half the cost but it turns out to be twice the expense if it doesn’t work. I do NOT recommend this software. It’s very amateurish and has cost me ten times the amount of time trying to figure it out than if I simply did hard copies of everything.

Pluspunten: Nothing about this software works, it’s very cheap. I do not recommend it.

Minpunten: Ease of use, Functionality, Price, customer service, too many steps. I paid in full for this software and after using it for 6 months it’s really just garbage. I was told there is no refund of unused months available. I do NOT recommend this software.

Opmerkingen: I do not feel like I am just a number. GD continues to grow and adds features to their product.

Pluspunten: Ease of use, customer service their updates were actually useful.

Minpunten: Doesn’t have all the bells and whistles

Opmerkingen: Great! When we signed on, we knew that they were a new company and we would have the opportunity to help influence the development of the program features.

Pluspunten: It is very intuitive and easy to use. It has all the features we need for our technicians in one place. They are able to perform all of their daily functions from the app.

Minpunten: As the Office Manager, I wish it had more reporting functions and we could pick and choose what extra features we wanted, instead of upgrading completely to pro. But I would not sacrifice my techs ease of use and functionality for my reporting.