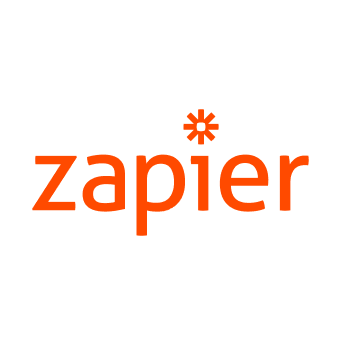 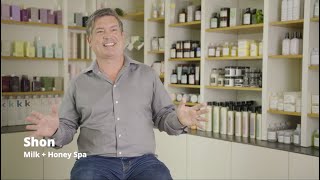 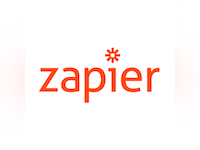 Opmerkingen: There's no secret to use Zapier, all you need to is to play with it, follow simple steps the interface tells you to or read the documentation (that's very abundant). The most recent thing I've learned was to use webhooks and use Zapier to get ou send information directly to apps API. It solves most of the issues I mentioned prior.

Pluspunten: Zapier changed the way I deal with apps and tasks. Now everything I need to accomplish I ask myself: is it possible to use Zapier to make this easier or even totally automated? From simple things like sending happy birthday emails to my clients, to connecting a ERP app with Google Spreadsheets, there's hundreds of apps with thousands of possible combinations possible to make our lives easier.

Minpunten: Since they revamped the interface for creating and managing Zaps, there's not really anything that I don't like about Zapier. If worth mentioning something, it would be the missing actions, triggers or sometimes apps to integrate, but that's not Zapier's fault, because it depends of the apps making their services available on Zapier. Some apps like Wrike sell their own automating app, so they don't offer many choices inside Zapier. Others like RD Station Marketing lack of possibilities in their own API, so it's not possible to do much too.

Opmerkingen: Zapier has been a great product to use. The "Zaps" you can setup reply help save time. Right now I use it to automate our workflow for incoming marketing requests. Requests come in through a Google Form that synched the data input into a Google sheet form. Zapier takes all new data rows and parses them into an approval request e-mail, Trello board item, and a current project doc Google Sheet.

Pluspunten: Zapier added extra functionality to existing software and apps we were already onboarded with and saved us time by streamlining our workflow.

Minpunten: There is a bit of a learning curve between setting up automation and testing it, in some cases it's difficult to determine where the error is.

Opmerkingen: We've had a good overall experience with Zapier, but think we need to explore it more. If one is starting out and needs automation in their business for repetitive tasks, I would recommend Zapier.

Pluspunten: The ability to create tasks that could be automated without the need for knowing to code. One can avoid hiring a developer to create a code integration between two or more applications. This is great for multi step/multiple apps. Zapier has an extensive list of software that can be integrated and it's the first choice by development teams that their software is available to the platform. We've found it useful for integrating our social media apps with each other email services. Helping build our audience. For those that are new and have few tasks, there is a free option.

Minpunten: It is limited to products that have an approved API. The number of 'Zaps' is limited by the plan and sometimes but the apps that are being integrated.

Opmerkingen: Two things stand out for me:
1) Most support requests were met with what appeared to be an automated apology that they couldn't resolve my issue.
2) Zapier makes money based on the purchases of an allotment of monthly tasks. Some tasks lack flexibility requiring the use of more tasks than one might imagine. They are always happy to sell you more tasks, but requests for more robust functionality always seemed to be met with a shoulder shrug.

Pluspunten: The feature that met our needs was the ability to respond to an http request in a variety of ways (email, save to spreadsheet being the most common). I am an experienced programmer with over 15 years experience and was happy to have a solution that did not require writing a lot of code. In general the ability to rapidly design and implement a solution for a specific requirement was a big time-saver.

Minpunten: Unfortunately, some common programming tasks such as creating and writing to a spreadsheet seemed in surmountable. In the end, I chose to manually create the worksheets I projected would be used to eliminate potentially complicated workarounds. Also, there is a limit on the number of levels of logical branching which caused some headaches such that I eventually migrated the functionality to Google Scripts which offers a richer feature-set despite the increase in coding.

"The Only Integration Platform You Need"

Opmerkingen: Couldn't live without it. It's not perfect – there's no true two-way sync, for instance – but it's the best in the business for the price.

Pluspunten: It's automation, democratized. If you use web apps and have ANY repetitive tasks in your workflow, Zapier makes it (relatively) easy to automate them. Once you get beyond the simple it can get tough, but there are always resources available (e.g., outsourced help). It's such a common platform that you can throw a stick and hit someone with experience.

Minpunten: It's tough to plan workflows ahead of time. You never quite know how the actions and triggers will function, and pushing "zaps" live often requires a live test, which inserts bad data into your systems.