Webgility works with retailers that use any Shopify platform and the world’s best ecommerce platforms and marketplaces including Amazon, BigCommerce, eBay, Walmart, Etsy, and many more. 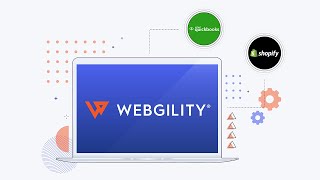 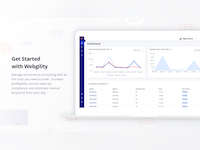 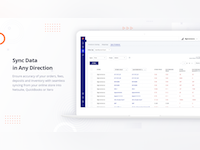 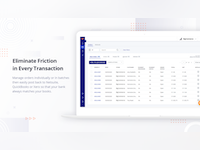 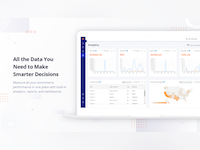 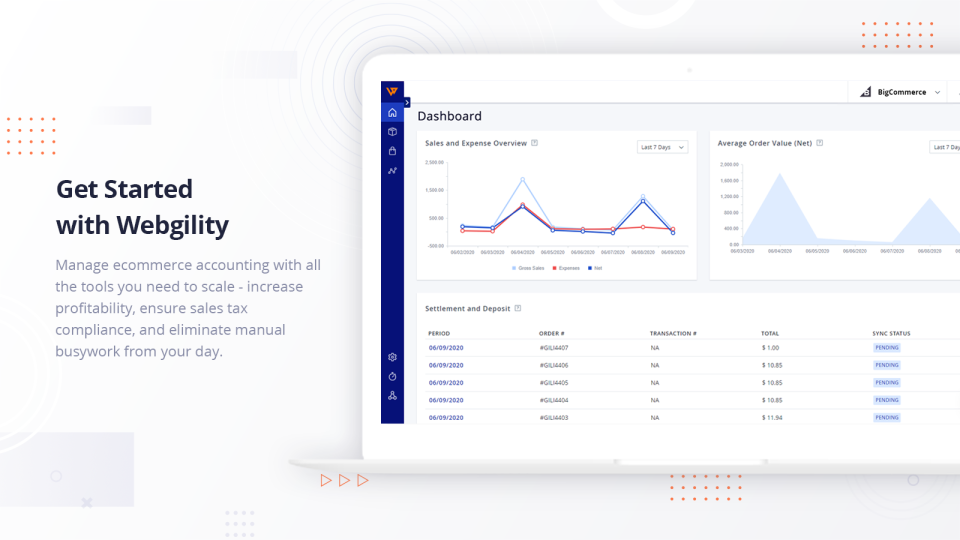 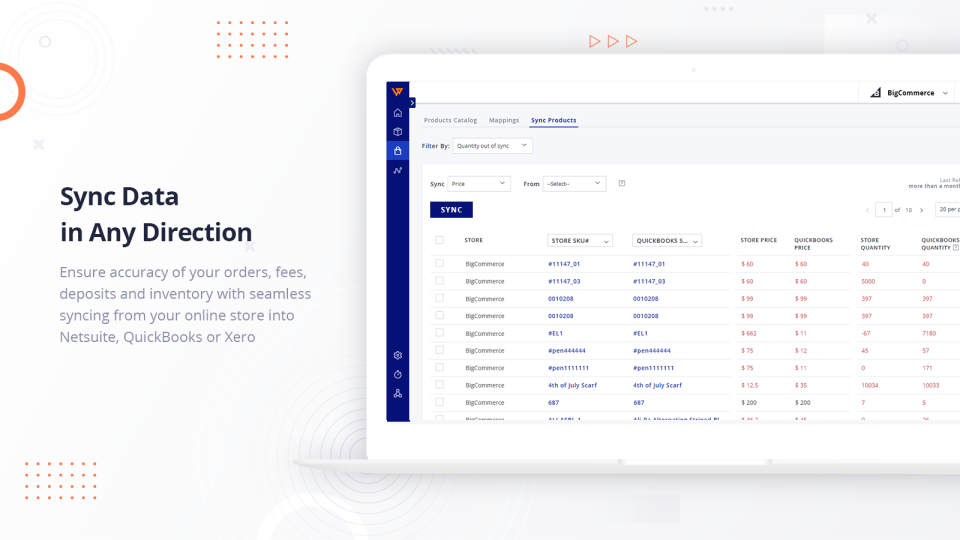 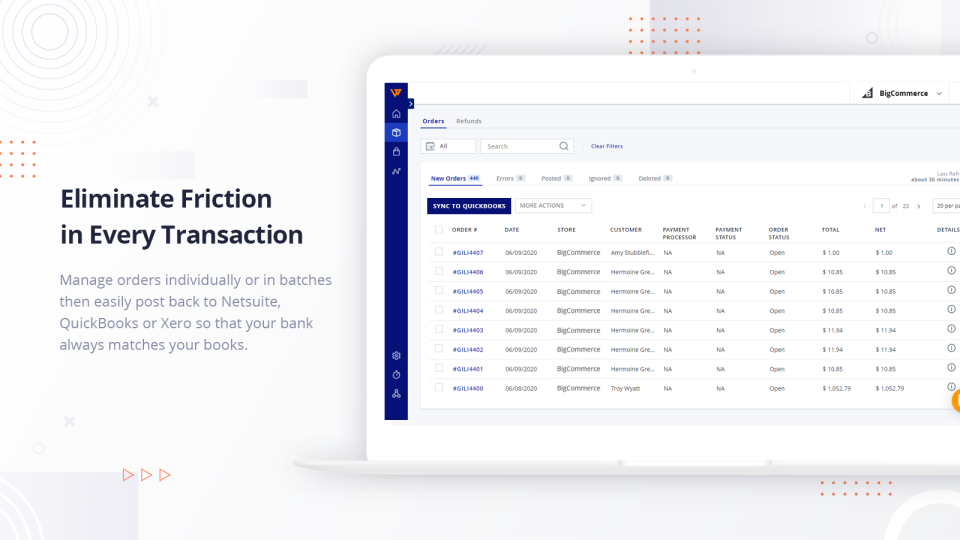 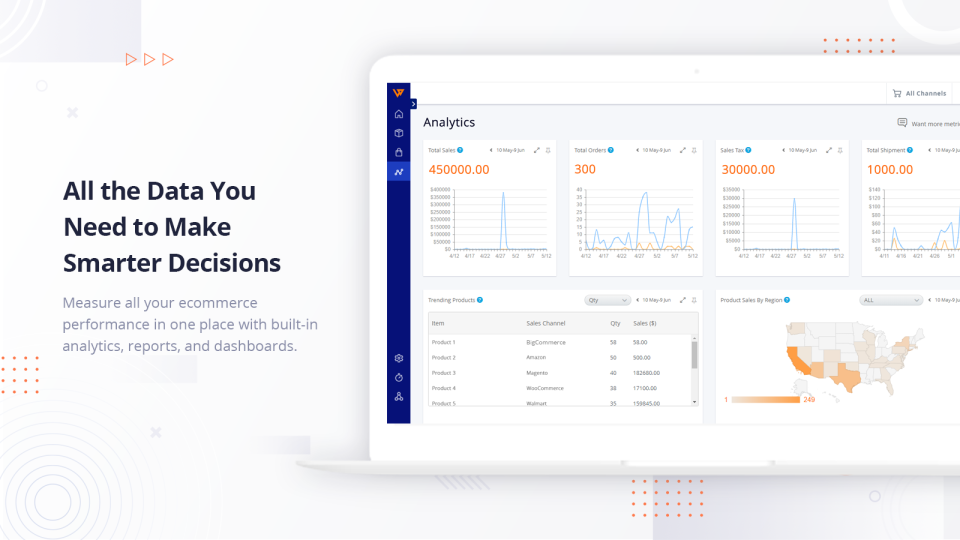 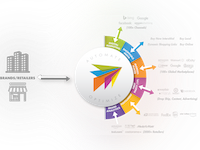 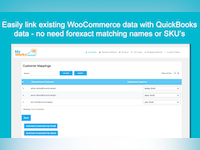 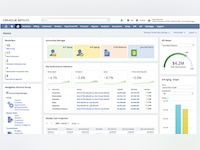 (12)
SalesWarps order management software streamlines your operations so you can focus on growth, not the process.
Bekijk profiel Vergelijking bekijken

(0)
FocusPoint is certified for SAP Business One. An all-in-one e-commerce platform at an affordable price.
Bekijk profiel Vergelijking bekijken

Opmerkingen: We have an online store hosted using Volusion. We use QB online for accounting purposes. We use Infusionsoft as our CRM. Webgility connects all the pieces and keeps the orders synchronized in QB, and allows us to use a class that keeps Infusionsoft current. The customer service is great, although there have been times where I had to wait an hour or 2 for a call back. When we connect, the problem is always solved.

Webgility posts all of our transactions to Quickbooks online every evening. Set it up and forget about it.

Occasionally the link will break, but I don't know which piece of the puzzle causes that to occur.

Once we got it connected to our online selling platforms and Quickbooks, this software freed up so much of my time. I was invoicing 300+ orders manually each day, and was able to transition that over for Webgility to take on the full workload automatically and in seconds. Allowed me to transition into a more impactful position with the company.

Anytime you call support, you'll be on the phone for at least 45 minutes (even for a small task). Also, they do not have a notification system setup for update reminders, which causes bugfs and issues if you are not using the most up-yo-date version. A simple email notifcation to users would get trid of this problem.

Hey Corey, Thanks for the review! We're glad that Webgility has freed up time so you can focus on other parts of the business. As for support, sorry for the extra time spent on the phone. You can always use chat support right on our website, or check out the help center on our website: https://help.webgility.com/s/.

Opmerkingen: Horrible. Have been bringing this to their attention for months with no resolution. Keep promising to look into it, but they don't . They finally send reluctant email admitting that the reason the competitors plugins work properly is because the competitors (like ShipStation) are PROPERLY using the WooCommerce API and Webgility is not. When asked why they can't use the API and properly make a decent plugin, they say they'll get back us - but don't. IF YOU ARE USING WOOCOMMCERE - TRUST ME - AVOID WEBGILITY AT ALL COSTS. We have switched to ShipStation and it is working amazing, their support is amazing, and it's 10x cheaper. Lesson learned. Sorry Webgility - we tried to help you, and you ignored us.

The software has many great features, is able to ship using wide variety of carriers and presents your orders in useful ways, posts back to store channels and posts to QuickBooks.

Awful non-standard WooCommerce integration is ruining the software, and management has no desire to fix it. Instead of following industry standards and adhering to WooCommerce & plugin API's and documented best practices, they have written some crazy mess of spaghetti code years ago and try to band aid it with updates and customizations, making it so that every time WooCommerce updates (as well as their many plugins), various things stop working. We've spent hundreds hiring outside developers to customize the code to work properly with standard Woo plugins like Product Variations, Shipment Tracking, and more. Every developer has commented that the Webgility WooCommerce plugin is the biggest mess they've ever seen. Whenever we update plugins like reviews, tracking, WooCommerce, etc - Webgility will break, because they don't follow standards. We've been telling them this for years. So, just for fun this past week, we downloaded and installed default plugins from competitors like ShipStation and Atandra's T-Hub - guess what? They worked immediately with all plugins and no problems. That shows you Webgility is doing it wrong.

with a large sales volume things gets messy without Webgility

Opmerkingen: we use the software to have a big picture of what is going on with our inventories and e-stores and to deal with our accounting processes. and we found out that the software did good job in that matter.

the most valuable feature for me in Webgility is the dashboard itself. you can import all your sales/orders/receipts data and everything is sorted out. in a breeze.

the software struggle with importing some sort of transactions data that are vital for the eCommerce like refunds and disputes form some platforms.

Poor customer service charged 3K annual because we didn't give a 7 day notice will not refund it.

Opmerkingen: They proved in the end to not care about what is right, but to care about one thing... the almighty dollar.