Health and Life insurance agencies including everything from one and two-person agencies to MGAs and IMO/FMOs.

AgencyBloc, the #1 Agency Recommended Management System, helps life and health insurance agencies grow their business by organizing and automating their operations using a combination of an industry-specific CRM, commissions processing, and integrated business and marketing automation. 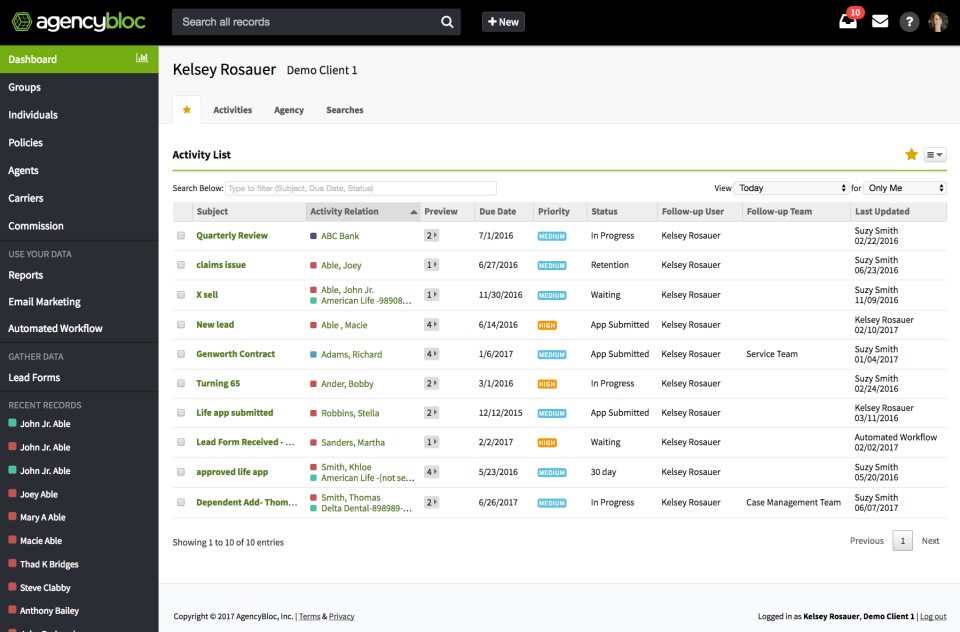 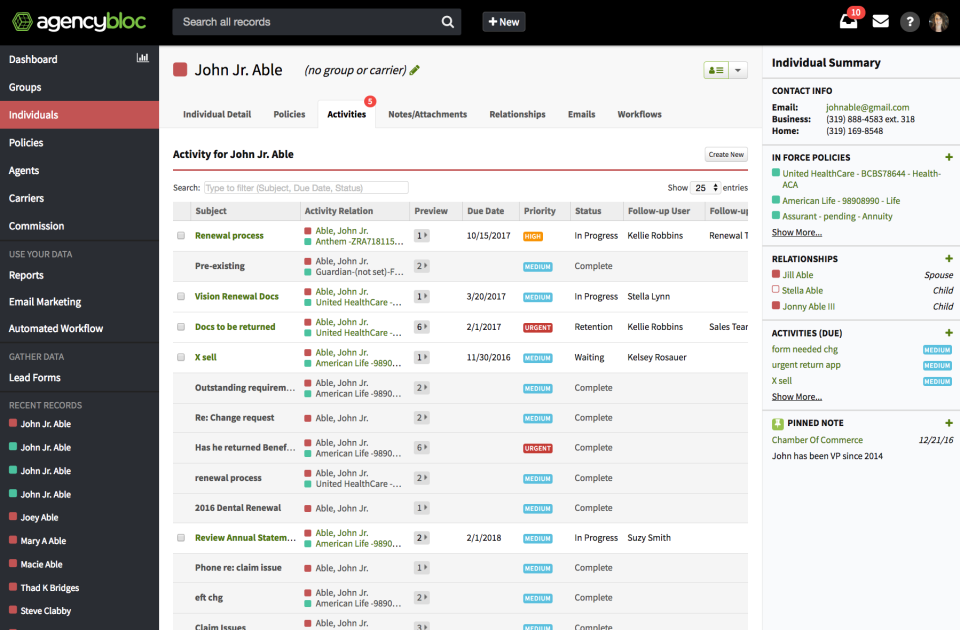 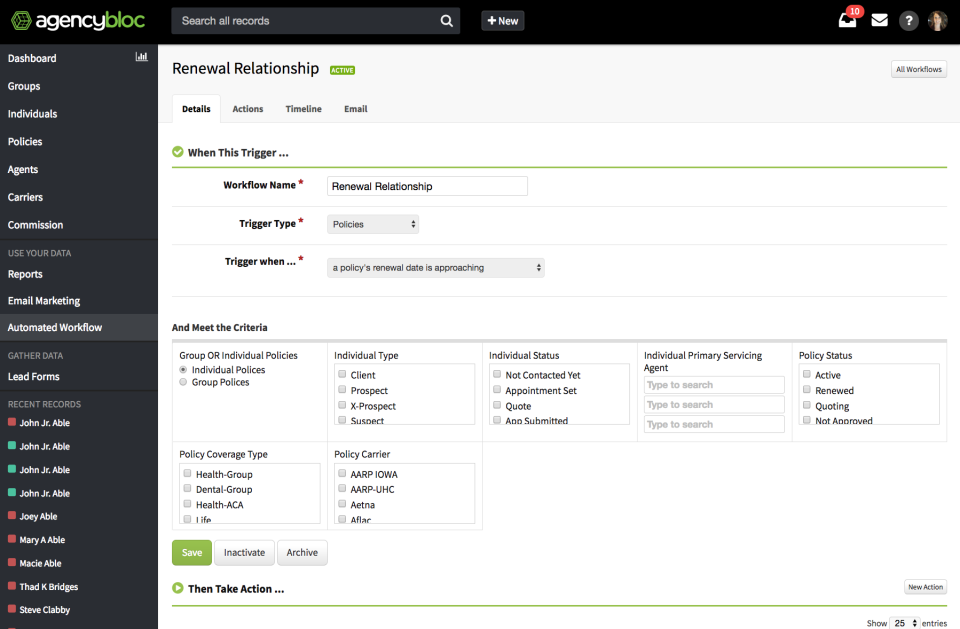 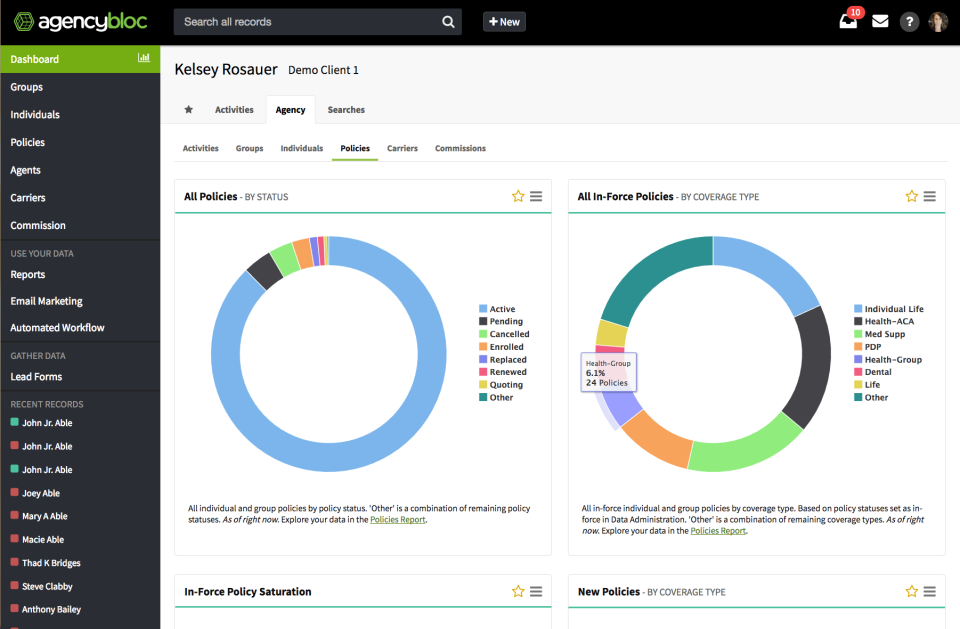 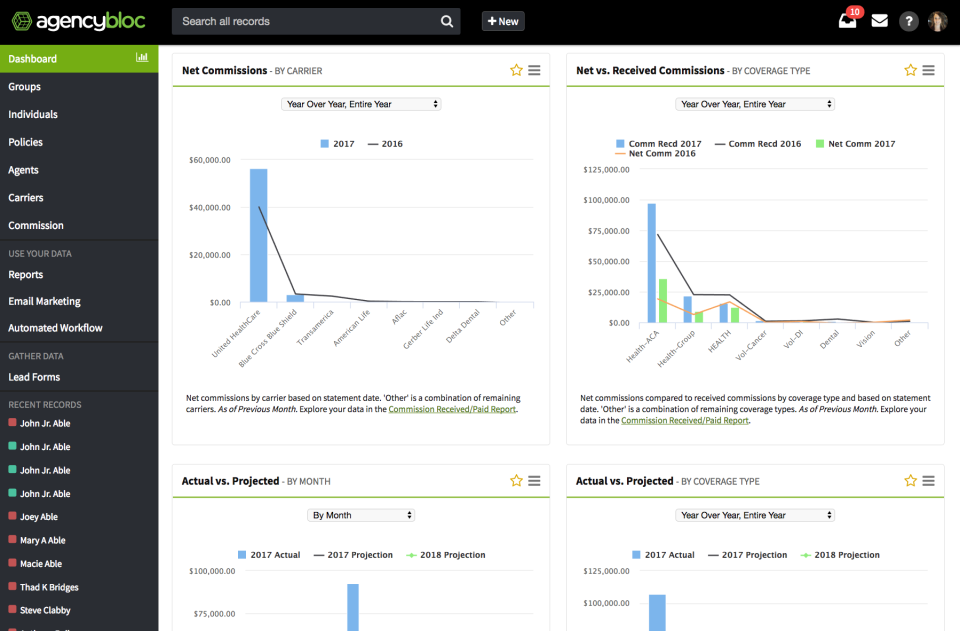 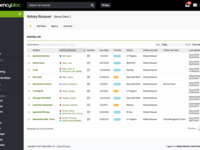 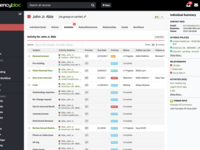 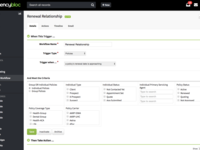 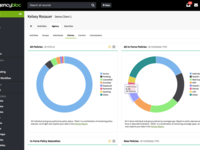 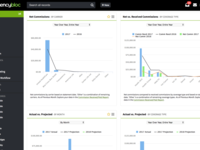 4,6/5 (19)
We are dedicated to developing a management software for insurance agencies that is reliable, secure, and affordable.
Bekijk profiel Vergelijking bekijken

Opmerkingen: Implementing this in 2011 was a huge undertaking with our separate databases for information and commissions, and our old program did not necessarily play the nicest, but since we've been using it over 8 years now, it is so worth the switch. They have implemented new, useful tools for agencies going to this program since we switched, and it seems like they are always working on new things to make it better. I like being consulted when they are thinking about new items to roll out and how that would affect what we do, or if it is even worth it. Our reps are great and they are always a quick response away from a question or concern.

Pluspunten: I like the web-based platform so we can access it anywhere. Prior to this, we were tethered to a server database. I also like that it is integrated between the database and commissions, as our prior commissions and information databases were not the same.

Minpunten: Many of my issues with things were learning to use it after we were used to our old database. I know there are some things we don't need or use that I wish you could turn on/off, but that is a VERY minor complaint.

"All In One Insurance Solution for Brokers!"

Opmerkingen: AgencyBloc is the single best all-in-one insurance platform out there - and I've used just about all of them as the IT Director for Custom Health Plans. Absolutely any part of the system can be found from a top level search, and the lead system especially has unparalleled versatility for customization. It's even possible to post directly into the CRM, and combined with the autoresponder capability, you can have an instant-deploy message go out the moment a lead comes in. It also has a very Google Calendar-esque notification function built in, so you'll never miss a lead having a birthday or with a policy running out. Last but not least, the staff are super responsive, and listen to agents' requests for new features or tweaks to existing ones. Gary Marr especially on their technical team has been a non-stop asset to our overall online endeavors, and is a true gem within AgencyBloc - having an awesome system is great, but having an awesome system with technicians who care is absolutely stellar.

Pluspunten: Biggest pros are the ease of customization and searchability, and the simplicity of use on any device. The entire CRM is mobile friendly, so even on the go, the whole system is at your fingertips.

Minpunten: The only real con other than a relatively hefty learning curve (which is expected with this many features) is the lack of a built in rate engine - obviously not a huge deal with so many out there, and if nothing else, it's likely something planned in the future. Regardless, it's easy enough to write a cross-post into a quoting engine AND AgencyBloc without disrupting either one.

"Agency Bloc is a decent product"

Opmerkingen: It has been overall a good experience. I think they are a little on the expensive side for what they are. They aren't too much more than a large filing system. We could probably get the same use from Google for a whole lot less.

Pluspunten: The system has most of the data that you need frequently available on the first page. It has quick access to policy numbers and contracts if you save it on there.

Minpunten: It is a little obnoxious that it is web based. It takes more than just saving a contract or a guide to a folder. I wish they had a desktop version of this so we could save quickly.

Opmerkingen: I've been working with the same software for 40 years and I wished I had known about AgencyBloc a lot sooner.

Pluspunten: User friendly and more efficient then our previous software. Being able to move around in the different tabs without getting in and out of certain areas. We have eliminated the most time consuming responsibility of manually entering LARGE commission statements and are importing in seconds.

Minpunten: Haven't found anything that I don't like yet.

Opmerkingen: Everyone we have worked with has been great! From the sales demo and getting all our questions answered, to the initial set up, to commission training, etc., everyone has been patient with our hundreds of questions.

Pluspunten: This software program is outstanding! There are too many features to list however, the one that stands out the most is the commission tracker. Just importing commission statements each month and AgencyBloc automating that part of our job is priceless. Instead of searching through statements or spreadsheets, I can quickly run a report in AgencyBloc and see exactly who we are missing commissions for each month.

Minpunten: As with any software or new program, the least likeable thing is the time it takes to get everything set up and going. Even though this is a "con", I can say since AgencyBloc syncs with another system we use for client data, getting the client and/or carrier information in the system wasn't hard. It just takes some upfront time, as it will with any system.